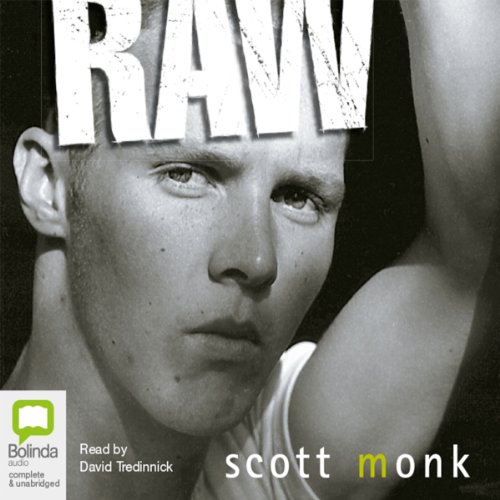 David Tredinnick gives a mesmerizing performance of Scott Monk’s novel Raw. His sonorous voice and thrilling delivery create a tense, violent, and tender atmosphere. Tough guy Brett Dalton is angry. At every turn, he raises his fists, ready to defend himself. It’s Brett versus the world. But one day the law catches up to him. He’s busted for stealing and sent to rehab at The Farm. He’s still angry and hard, but he meets a girl and discovers that maybe he’s ready to learn how to love.

Brett Dalton is a tough guy - hardened, angry, uncaring and always ready to use his fists. When the world hates you, you might as well hate it back....

But when Brett is busted by the cops for stealing and sent to The Farm for rehab, there are no fences to keep him in and anger gets in his way - but so does love. Brett's trapped in a grave world, a world where he's not hardened at all; he's raw.

What listeners say about Raw