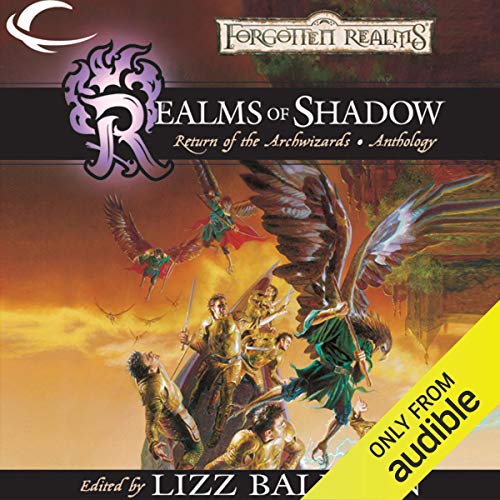 When Shade Enclave returns from thousands of years of exile in the Plane of Shadow, all of Faerûn is open to its dark designs.

When a tribe of kenku confront the archwizard who gave them magic but kept them as slaves, the skies rain death.When a knight of Cormyr journeys to the ruins of Tilverton, he begins to understand the terrifying power of the archwizards.When phaerimm roam the world, enslaving orc and human alike, the great powers of the world must depend on an ally as deadly as their enemy.

Contents: "Trial By Ordeal" by Lisa Smedman", Assassin's Shadow" by Jess Lebow, "Too Long in the Dark" by Paul S. Kemp, "Darksword" by Troy Denning, "Liar's Game" by Jessica Beaven, "That Curious Sword" by R.A. Salvatore, "A Little Knowledge" by Elaine Cunningham, "Astride the Wind" by Philip Athans, "The Fallen Lands" by Murray J.D. Leeder, "When Shadows Come Seeking a Throne" by Ed Greenwood, "King Shadow" by Richard Lee Byers, "The Shifting Sands" by Peter Archer

What listeners say about Realms of Shadow

It was a good listen whilst I worked. Thoroughly enjoyed the different stories. 😊 I recommend it for anyone who enjoys good fantasy