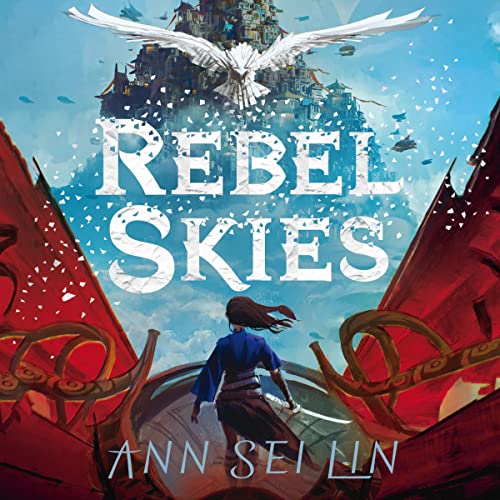 Teen fantasy adventure set in a world of flying ships and sky cities, where chosen ones have the ability to bring paper to life and work as Crafters—people who hunt wild paper spirits called shikigami. Inspired by Asian culture and exploring themes of empire, slavery and freedom.

Kurara has never known any other life than being a servant on board the Midori, but when her party trick of making paper come to life turns out to be a power treasured across the empire, she joins a skyship and its motley crew to become a Crafter. Taught by the gruff but wise Himura, Kurara learns to hunt shikigami—wild paper spirits who are sought after by the princess.

But are these creatures just powerful slaves for the Crafters and the empire, or are they beings with their own souls—and yet another thing to be subjugated by the powerful emperor and his princess?

What listeners say about Rebel Skies