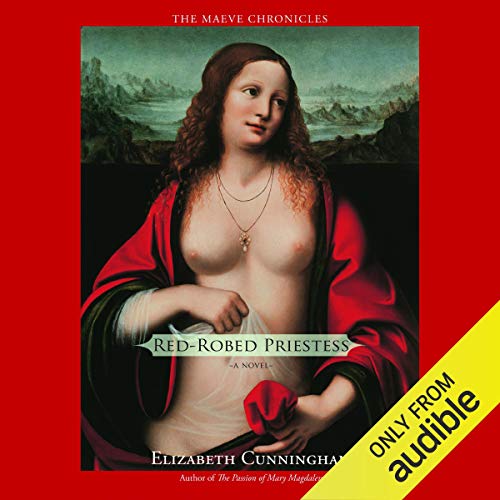 After a life of passion and adventure that has brought her through slavery to the Resurrection garden, through the controversies of the early Church to a hermit cave in southern Gaul, Maeve, the Celtic Mary Magdalen, returns to the Holy Isles accompanied by Sarah, her daughter with Jesus. Their mission: to find Maeve's firstborn child, stolen from her by the druids more than 40 years ago. Since then Maeve's homeland has suffered its own trials - Roman invasion and occupation. The Celtic tribes to the east and south are under direct rule, and the Romans are determined to rout the resistance of the western tribes, resistance fueled by the druids of Mona. Just before she crosses the channel from Gaul to Britain, Maeve encounters a man she mistakes for Jesus' ghost. This familiar stranger is equally haunted, and the two are drawn into a moonstruck liaison that will entwine their lives in "an impossible Celtic knot". For, unbeknownst to Maeve at the time, he is none other than General Gaius Suetonius Paulinus, the newly appointed Roman governor of Britain. Maeve keeps this troubling tryst a secret even after she finds her long-lost daughter, Boudica, the fierce and charismatic queen of the Iceni tribe. Druid-trained in her youth, Boudica married the Iceni king, hoping to rally him to a rebellion for which he has no stomach. Now estranged from her husband, Boudica keeps the old ways, sustained by her pride in her descent from her father (and Maeve's!): the late, great druid Lovernios. Seeking to circumvent disaster, Maeve travels back and forth from Iceni country to Mona, from the heart of native resistance to a Roman fort on the western front, steadfast in her conviction: "Love is as strong as death".

What listeners say about Red-Robed Priestess

I'm so sad at its done

As the HPS of Celtic Arthurian mystery tradition, I didn't expect to love so much a series so steeped in Jewish and Christian myth, even though I am also a Kabbalist too. However, this tapestry is so well-woven I will never again see the three spiritualities as entirely separate, and I so strongly feel the truths, that I have no doubt of the lessons gifted to us through these books. Simply put, this series is sublime!!!!

I am a grateful recipient of Elizabeth Cunningham's 20 years of research, travel, intuitive creativity, and writing. This is an enticing story of our 1st century CE European and middle eastern suppressed history: goddesses, gods, and the authority of women. Heather O'Neill brings her captivating characters to life.

I really enjoyed this series. The historical elements mixed with magical was brilliant. I recommend starting book 1 and ending here

Sad for this to end

Never have I enjoyed a series soooo much... 5 star writer and reader...I hope they make this into a series...No words can touch this brilliance 👏👏