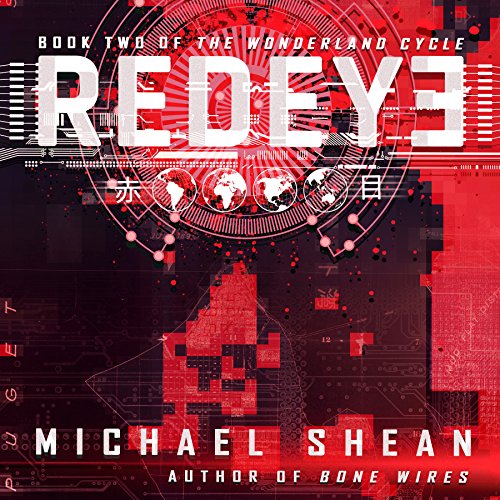 Two years have passed since Agent Thomas Walken and Bobbi January found themselves at the heart of a conspiracy of unimaginable greed and cruelty. The Genefex Corporation remains shrouded in mystery, and Bobbi faces a life of unanswered questions and mounting disillusionment to look forward to. But when she receives a mysterious message from one of Walken’s former comrades, she is drawn back onto the trail. Now, Bobbi will find herself newly equipped to discover the truth - about Walken, about Genefex and the Yathi race - and the key to unlocking those secrets rests in the hands of a cyborg terrorist known only as Redeye. But the road to truth will be a dangerous one, from the glamour of Seattle’s ultramodern core to the sprawling wastelands of the Old City and beyond. Alongside a band of lethal comrades, Bobbi will face death and worse amidst urban rot, abandoned subway tunnels, and ultimately the nightmarish halls of the Yathi themselves in a race to stave off what may prove to be the death of humanity itself. Drenched in blood and neon, Redeye is a tale of humanity on the edge of a new and terrible reality. Be sure to check out Bone Wires, by Michael Shean for more cyberpunk detective noir set in the same dystopian universe as Shadow of a Dead Star and Redeye.