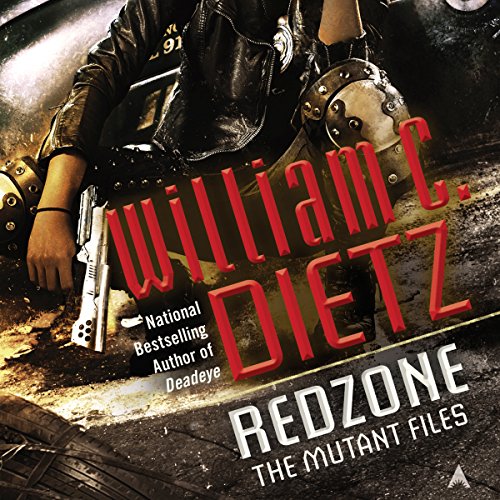 The national best-selling author of the Legion of the Damned novels returns to his dark mutant world, where police detective Cassandra Lee is on the trail of a brutal murderer.... The year is 2065, almost 30 years since a bioterrorist attack decimated the population. The world has been divided, and new nations have formed. Those mutated from exposure inhabit the red zones while "norms" live in the green zones. In the nation of Pacifica, Los Angeles detective Cassandra Lee is in charge of investigating a disturbing case, tracking a cop killer dubbed the Bonebreaker. But strange new murders have occurred, falling outside the normal pattern and leaving Lee and her team wondering if the serial killer has become unpredictable - or if he's no longer acting alone.... To make matters worse, Lee's attention is diverted after she receives a letter from her long-lost mother. Now she must venture into the red zone, a lawless land where might makes right - and where the biggest danger may be her own family.

What listeners say about Redzone

RED ZONE-DEAD EYE &amp; GRAVE YARD were great. Mutant file was incredible. Christina Delaine has my vote for best narrator. She was able to move between characters all the while giving the impression that there were other people narrating with her. It was great. Keep it up Bill/Christina