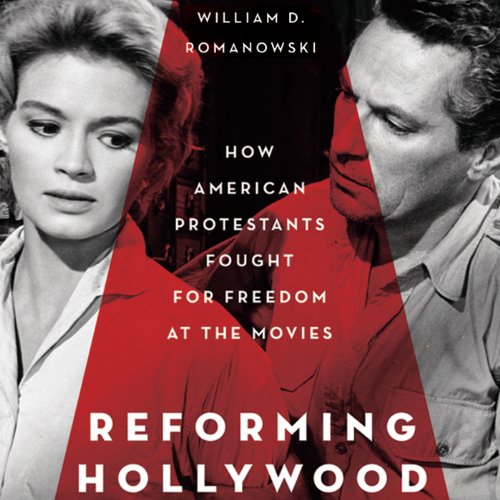 Hollywood and Christianity often seem to be at war. Indeed, there is a long list of movies that have attracted religious condemnation, from Gone with the Wind with its notorious "damn," to The Life of Brian and The Last Temptation of Christ. But the reality, writes William Romanowski, has been far more complicated - and remarkable.

In Reforming Hollywood, Romanowski, a leading historian of popular culture, explores the long and varied efforts of Protestants to influence the film industry. He shows how a broad spectrum of religious forces have played a role in Hollywood, from Presbyterians and Episcopalians to fundamentalists and evangelicals. Drawing on personal interviews and previously untouched sources, he describes how mainline church leaders lobbied filmmakers to promote the nation's moral health and, perhaps surprisingly, how they have by and large opposed government censorship, preferring instead self-regulation by both the industry and individual conscience. "It is this human choice," noted one Protestant leader, "that is the basis of our religion." Tensions with Catholics, too, have loomed large--many Protestant clergy feared the influence of the Legion of Decency more than Hollywood's corrupting power. Romanowski shows that the rise of the evangelical movement in the 1970s radically altered the picture, in contradictory ways. Even as born-again clergy denounced "Hollywood elites," major studios noted the emergence of a lucrative evangelical market. 20th Century-Fox formed FoxFaith to go after the "Passion dollar," and Disney took on evangelical Philip Anschutz as a partner to bring The Chronicles of Narnia to the big screen.

William Romanowski is an award-winning commentator on the intersection of religion and popular culture. Reforming Hollywood is his most revealing, provocative, and groundbreaking work on this vital area of American society.

What listeners say about Reforming Hollywood