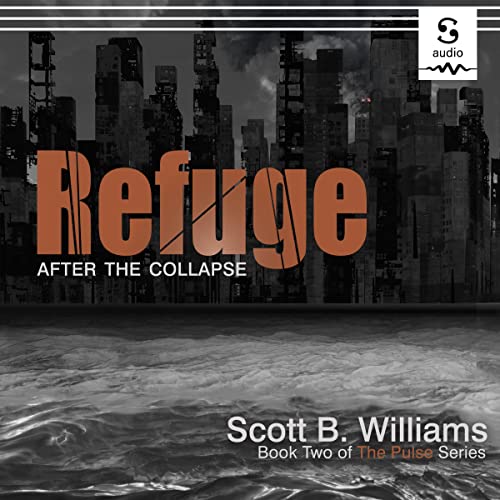 Written by: Scott B. Williams
Narrated by: Mike Vendetti
Free with 30-day trial

A riveting story of survival after the catastrophic destruction of America's power grid throws the country into darkness and chaos.

Days have turned into weeks with no contact from anyone outside of North America, where the power, communication, and transportation grid has been completely destroyed by massive solar flares. In the ensuing chaos, grocery store shelves have been stripped bare and panicked survivors have fled the cities and towns, sweeping across the countryside in a desperate attempt to find sustenance and avoid the violence.

Artie Drager has risked everything to sail from the West Indies to New Orleans, where his daughter, Casey, was attending college. Finally catching up with her after discovering she had long since evacuated the city with her friends, Artie’s plan to get her to safe refuge on his brother’s sailboat begins to fall apart. Artie and his daughter must fight to survive, and hard choices must be made when part of their crew fails to return before they must set sail.

This sequel to The Pulse explores the descent into anarchy that occurs when everything familiar in modern life is suddenly stripped away and survivors must adapt to a harsh new reality or die.

What listeners say about Refuge