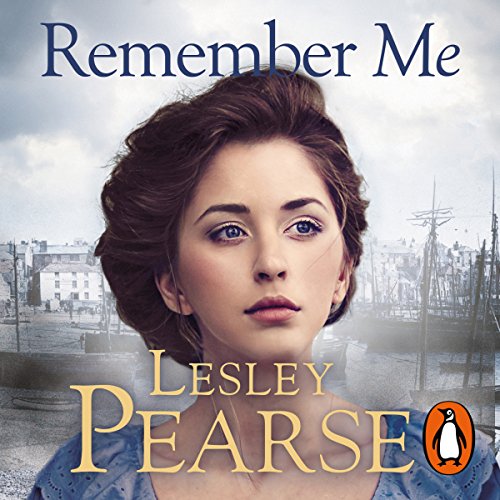 In 1786 a fisherman's daughter from Cornwall called Mary Broad was sentenced to be hanged for theft. But her sentence was commuted, and she was transported to Australia, one of the first convicts to arrive there.

How Mary escaped the harsh existence of the colony and found true love, and how she was captured and taken back to London in chains, only to be released after a trial where she was defended by no less than James Boswell, is one of the most gripping and moving stories of human endeavour (based on an amazing true story) you will ever listen to.

What listeners say about Remember Me

Lesley Pearse never fails to disappoint. Each book of hers that i have read or listened to is brilliant. This one was no exception and also the fact that it was based on a true story made it even better.

Always love a story based on truth

fascinating to know this was based on truth.. confronting and made me think of our Australian heritage in a new way. Narrator ok but had an irritating and repetitive upturn at the end of every clause. needs to work on expression.

This book is wonderfully written! It takes you back to a time & a horrific life you re-live with the characters. It’s a book that makes you realize the world we lived it. The classes, the punishments, the horror of the colonies. I could not stop listening to this book!

What a powerful true story

Loved this book could not put it down t was hard to believe it was a true story so well written.

This has been my favourite lesley pearse book by far, perhaps because it is based on a remarkable true story. The hardship, humiliation, gut wrenching life or death decisions this woman faces kept me hooked. What a different world it was back then.

What a different story I have enjoyed it very much it became quite a gripping story that I could not stop listening.Hopefully other audiobook listeners will enjoy it too.

This book is Lesley Pearse at her very best! Mary Broad / Bryant lived such an eventful and dreadful life and bringing this horror and painful to life in a novel is simple genius. I have thoroughly enjoyed this book.

i found it hard to start a book where I knew the outcome but great embellishment of a peice of history. Lesley pearse stamps her signatory writing on this and brings it to life

I absolutely love this book , and the mini series incredible journey of Mary Bryant

An incredibly moving story about the first fleet.
A great read about an amazing woman. I'd never thought about the people. Those transport ships were death buckets. Very sad.

A beautiful and entertaining account of Mary Broad. What an adventure her life was. Loved this book!

A must read/listen to!

If you love a true story and tale that takes you back in time, this book is for you. Beautifully written. Characters you fall in love with.

Another one of Lesley Pearse's fantastic books

I really enjoyed this book, the more as it was based on an incredible true story. Highly recommend it!

A book that makes you reassess values

I couldn’t put it down. Once I got used to the narrator being a reader rather than an actor, like in other books from this author. I love history wrapped up in a real life, with love, hate, jealousy and kindness. The phrase that jealousy outstrips all other emotions is so true. Could we endure such conditions today? I very much doubt it. This is about the settler grit that Kiwis and Aussies come from. An excellent depiction of Australia in 1780s.

I would have really enjoyed this story but it started at chapter 12.tried restarting but wouldn't. listened to the end then it started from chapter 1...annoying it ruined the whole story.