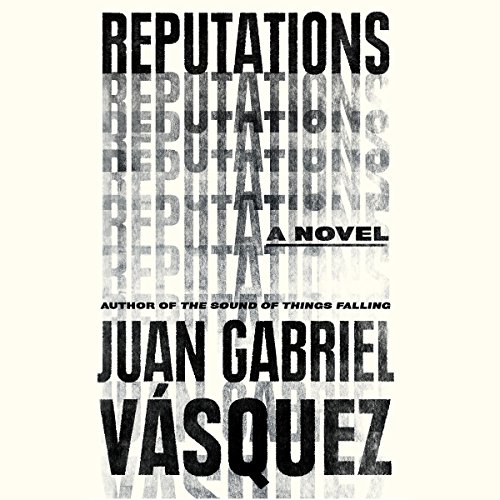 From the brilliant mind of the best-selling, award-winning author of The Sound of Things Falling, a powerful novel about a legendary political cartoonist.

Javier Mallarino is a living legend. He is his country's most influential political cartoonist, the consciousness of a nation. A man capable of repealing laws, overturning judges' decisions, destroying politicians' careers with his art. His weapons are pen and ink. Those in power fear him and pay him homage.

At 65, after four decades of a brilliant career, he's at the height of his powers. But this all changes when he's paid an unexpected visit from a young woman who upends his sense of personal history and forces him to reevaluate his life and work, questioning his position in the world.

In Reputations, Juan Gabriel Vásquez examines the weight of the past, how a public persona intersects with private histories, and the burdens and surprises of memory. In this intimate novel that recalls authors like Coetzee and Ian McEwan, Vásquez plumbs universal experiences to create a masterful story, one that reverberates long after it ends.

I must be missing something

Short story disguised as a novel. Very disappointing. so many other great Latin American writers.