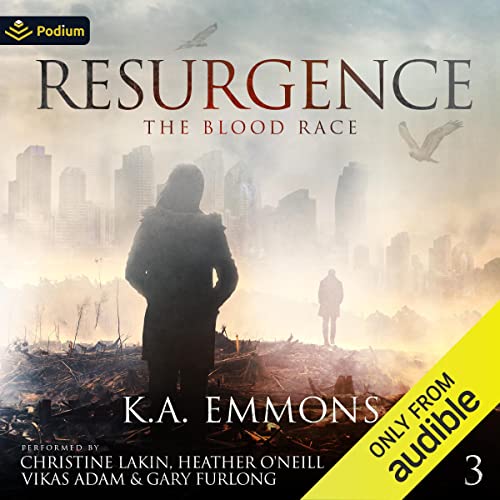 When Icarus and the other Anomalies of the Dimension reemerge into a war-torn world, they have no idea how to take down the Reformed Global Militia, a military superpower which now rules by force and mind-control. Without Hawk or Sensei by his side, Icarus is haunted by his own self-doubt and questions his ability to lead the sliders into battle. But when he’s captured and inducted into the RGM, Icarus must face his biggest challenge yet: Keep his true identity a secret from the power that wants to kill him.

While Fin roams the Irish countryside searching for Hawk, tensions rise between students in the Dimension. Desperate to escape the clutches of the RGM, Icarus makes a run for it, only to be captured again by a mysterious young corporal who’s been hiding a secret of her own…for the past 200 years. As the Anomalies prepare for war, the Dimension spirals out of control, creating more division than ever. Icarus is forced to make an impossible choice between life or death when he realizes that in order to defeat the darkness, he may have to become it.

Includes Anomaly, a bonus story from The Blood Race series.

What listeners say about Resurgence

Awesome conclusion to an AWESOME series

Resurgence is the suspenseful conclusion to The Blood Race series, which has followed “anomalies” Icarus and Hawk through various adventures in both the real world and other dimensions. Now, in this final book, they face the biggest challenge of all: rescuing future earth from an oppressive one-world government.

All the characters go on a transformative journey that tortures them, tempts them, and forces them into the ring with their greatest fears – creating some incredible internal conflict. I particularly fell in love with Icarus in this book. His character development really comes full circle, and feels SO SATISFYING! I also loved all the different narrators, they are awesome.

Resurgence is gorgeous, haunting, mysterious, thrilling, enlightening, and everything you could possibly want in a book. Give this whole series a listen; you'll be so glad you did!

This book is a horrible listen. I stuggled through 5 chapters and could not take it. And Audible will not allow a return.....so don't waste your time