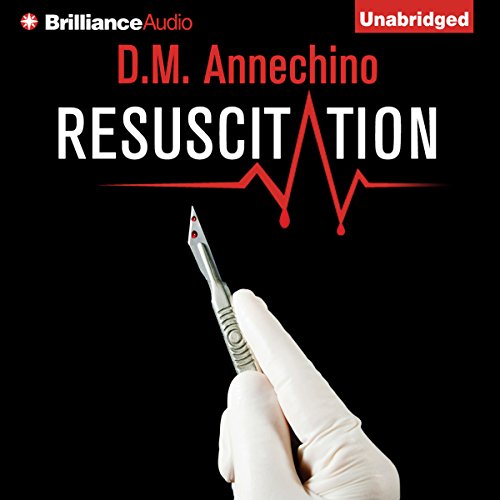 Two years ago, after narrowly escaping the clutches of a psychotic serial killer, San Diego homicide detective Sami Rizzo hung up her badge. And despite the feeling of regret that has haunted her since she resigned, Sami convinced herself that she is happier off the beat. But when a body, dressed to the nines, turns up in San Diego’s Mission Bay Park displaying a split sternum with surgical precision, Sami’s interest is piqued. Soon other bodies are surfacing, all apparently the victims of horrific surgical experiments. All the signs point to another serial killer — and Sami wants on the case.

With a little fast-talking, she convinces the police chief and the mayor to reinstate her to the force. But as the body count grows and every lead points to a dead end, Sami fears that this time the killer may escape her. But he makes a crucial mistake: One of his victims survives the ordeal. The woman is comatose and barely breathing, but she’s alive. Sami is prepared to risk everything to protect her. But the killer is determined to clean up his mess, even if it means killing a cop in the process.

What listeners say about Resuscitation

Would you consider the audio edition of Resuscitation to be better than the print version?

Didn't read print version. Just audiobook. This thriller was very good as far as the mystery/thriller that is the main story line. However, I didn't care for the intermingled love story between the two detectives. And the ending which involves the two detectives is predictable and corny.

The ending with respect to the thriller story line was very good. The very end of the plot involving the two detective lovers was predictable and corny.

The performance was very good. She handled male voices well.

No extreme reaction, except wanting to throw up at the ending involving the two detectives. This kind of corny stuff doesn't belong in a mystery/thriller.

I listened to this book straight after Daniel Annechino's "They Never Die Quietly", which I enjoyed too and encouraged me to purchase Resuscitation as I enjoyed the style of writing from the previous book and the narrator.

The story includes Sami Rizzo who featured in They Never Die Quietly and Resuscitation kicks off two years later after Sami's ordeal. One thing that irritated me (yes I know its a bit petty to mention) is that Sami's daughter was a two year old in They Never Die Quietly" and suddenly after two years she is 6. Now to me 2 + 2 do not equal 6. I do like it when authors are consistent when the characters are brought forward into the next book but the time line needs to be consistent. I really think the author could not quite remember when events took place as several references to the time when Sami was held captive he had written "almost two years ago" then a bit further along "over two years ago" when referring to the same instance......which was it "almost" or "over" two years.

Other than that irking me throughout the story I did enjoy Resuscitation and thought Christina Traister did a great narration as she has done with others I have purchased with her narrating.

The narrative was great, and the story was gripping. Very entertaining book. I would recommend this book to all those who enjoy Medical Thrillers!!

will not be reading book 3. this one became too christiany by the end

It kept me interested. I truly enjoyed this book and am going to find their next book.

This novel is an excellent thriller! I recommend it highly. I am looking forward to reading more books by this author!

very good! loved it! great anticipation and suspense and was able to keep my undivided attention. haven't been disappointed by this author yet! just as good as the first book

Worst book I have ever listened to!

Not sure where to start.

Terrible pop psychology placed in the mouths of shallow, vaccid characters stumbling along in very predictable plot. The inane compulsory 'shock' sex scenes are almost as unbelievable as the love dialogue between the tough 'street hardened' detectives.

Give your mind a rest and go and watch some paint drying somewhere!