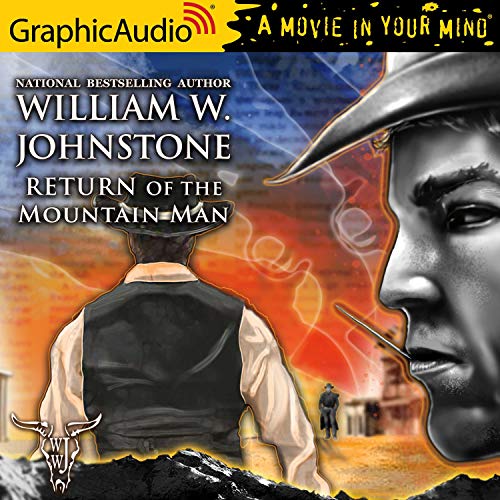 The town of Bury took up a piece of Idaho Territory that was still raw, untamed frontier. It was no place for the cowardly or faint-hearted, but Smoke Jensen was neither. Nor were Stratton, Potter and Richards, the three bloodthirsty outlaws who came there to live. Or, if Smoke had his way...to die!

It had been years since hired gunhands had murdered Smoke’s wife and son, but the pain was as fresh as yesterday. And so was Smoke’s need for revenge. He's come a long way to find the bandit trio responsible for his family's brutal massacre.

Now, the town of Bury was about to live up to its name....

What listeners say about Return of the Mountain Man [Dramatized Adaptation]

One of the beat of the mountain men stories

Was really i no this story, emotional, funny and vengeful for the brutalities visited upon the innocent