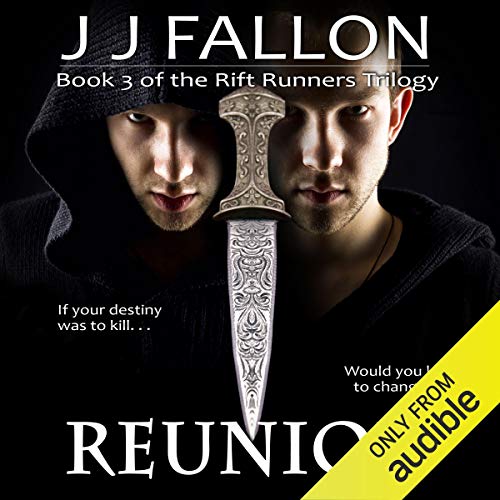 It's been several years since the Druid Prince, Ren of the Undivided, and his half-Faerie companion, Trása, stumbled into to the reality where the Faerie are all to be eradicated by the Matráchái. With the help of the Pete and Logan Doherty, the unsuspecting human twins stranded with them, Ren must find a way back to our reality to save his twin brother, Darragh, from a fate worse than death. Not even the additional help of a dispossessed Merlin, a loyal pixie or a ninja leprechaun is much use in a world without magic. Not when you're wanted by the police and helping your brother involves busting him out of the toughest prison in Europe. To make matters worse, the Matráchái have their own plans that threaten every magical race in existence.

Only the Undivided hold the key to stopping them, and even the Faerie Brethren have turned to Ren for help. Ren will have to risk accessing the memories of long dead, Matráchái, which might send him mad, long before he learns anything useful. And under no circumstances, can he allow Brydie, trapped by the Djinn in a stolen gem, to be released to fulfill the prophesy he has seen. But the cost may prove too high, because Ren's nightmares have returned and the closer he comes to saving Darragh and stopping the Matráchái, the more likely the nightmare, that has haunted him since childhood - the nightmare where he murders two innocent children - will come to pass.

What listeners say about Reunion

An excellent read for anyone who loves fantasy

Overall a really solid story although not Fallon’s best work it just be said(I.e. The Tide Lords series) I really enjoyed the story as it dealt with a lot of new ideas and developed on old ideas in a very interesting and fresh way. I must admit it did seem a little rushed towards the end but I still enjoyed the way it was ultimately concluded. Would highly recommend to anyone who loves the fantasy genre.