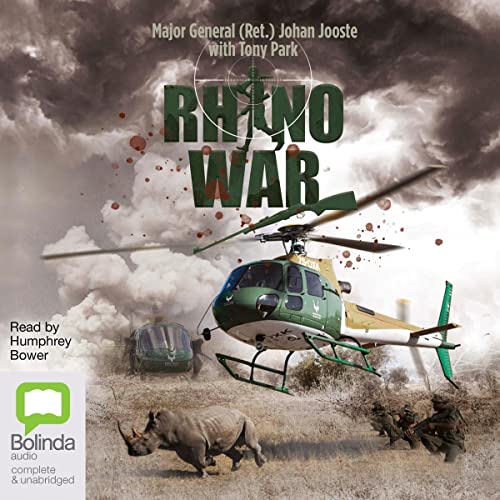 In 2012 retired South African general Johan Jooste was parachuted into the seemingly unwinnable war against rhino poaching in the Kruger National Park.

With poaching spiralling out of control, Jooste was given the mandate to 'go military', to convert Kruger's ranger corps into a para-military force capable of taking the fight to poachers. Aged 60, white, and a veteran of 35 years of military service, Jooste's controversial appointment was immediately met with resentment and outright hostility by elements of South African National Parks, the police, and even the military he had served with.

With the media, government, conservationists, human rights activists and the people of South Africa looking over his shoulder, Jooste had to battle opponents within and without to see through his strategy for turning the tide of rhino poaching.

Told through his eyes and through stories of the courage and grit of rangers who daily risked their lives to protect wildlife in the face of a wily and determined foe, this is a story of heroism, sacrifice and determination.

What listeners say about Rhino War

The South African accent is really bad and distracting. but a good story nonetheless. it would have been better if the person just used their regular accent.

Loved every moment of the book, amazing story and career of Mr Jooste !

Sadly, this was the most disapointing book that one of my favourite authors Tony Park has put his name on the cover. As an ex southern hemisphere resident, I am interested in this terrible problem but would have looked on line for the information not listened to a somewhat self opionated account by Johan who obviously did a good job. I bought this book cause zi thought it was a fictitious story. I hope Tony Park sticks to fiction in the future. SORRY Tony.

An amazing but hard hitting book,

This is an amazing book, the subject matter is really hard hitting and it doesn't shrink from the tough questions, sense of helplessness or its inherent shocking story. People need to read this book, South Africa's rhinos aren't just for south Africans, Having seen a rhino in the wild as a child and then young adult its something that still gives me Goosebumps. I want to be able to take my son to see Rhinos in the wild and I want my grandkids to see the same. The book gave a real sense of Kruger national park and its amazing people and animals- it reminded me that its my favourite place in the world.

The story is well written and expertly narrated. Some of the references and language used are very South African but the non south African reader can still get a sense of the meanings behind the colonialism or slang.
highly recommended.