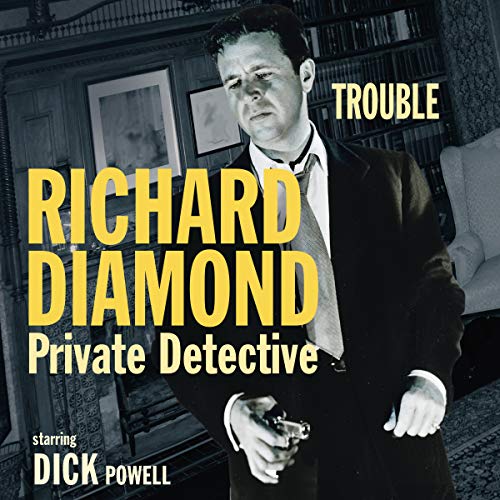 Radio’s dark alleys and rain-swept side streets were prowled by plenty of detectives - but, only one of them sat down each week at the piano, after the felons were safely jugged, and crooned to his girlfriend. Dick Powell, the tenacious man with the sweet tenor voice, stars as Richard Diamond, Private Detective!

Diamond is a delightfully unpredictable detective - as much inclined to shoot off his mouth in a tight spot as he is to shoot off his gun - who can take more than his share of punishment from goons and gunsels without having his sense of humor take a beating.