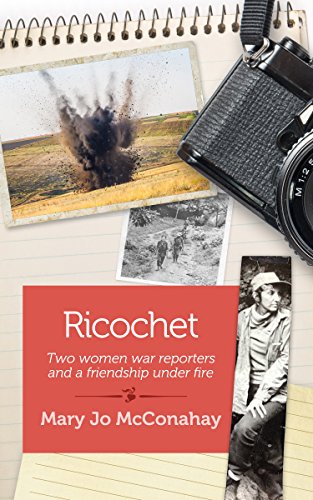 When three colleagues die violently during a single wartime election day in Central America, two female journalists, best friends, are hurled into a torrent of change in their personal and professional lives and in their relationship with each other. The author, bedeviled by stress and feelings of abandonment, hangs on by her fingernails to reporting while her dear friend "just can't take another picture of a dead body" and throws herself into teaching photography to children who live in a garbage dump. Big questions quietly roil their lives - what is our responsibility to history? To individuals? - until, unexpectedly, they approach an answer together when a child from the dump goes missing.

Mary Jo McConahay is the author of Maya Roads, One Woman's Journey Among the People of the Rainforest. She is an award-winning journalist and documentary filmmaker whose coverage of war, politics, and international justice issues over three decades has appeared in Time, Newsweek, the Los Angeles Times, Vogue, Rolling Stone, and dozens of other newspapers and magazines. Also a believer in writing "deep travel", weaving local history and voices into narrative, she is the current Lowell Thomas Travel Journalist of the Year, a distinction considered equivalent to the Pulitzer Prize in the genre. Maya Roads' awards include the Northern California Book Award for Best Nonfiction Book, National Geographic Traveler Book of the Month, Society of American Travel Writers Grand Award, Independent Publisher's Award for Best Travel Essay Book, Los Angeles BookNews International Book Awards for Best New Nonfiction Book, Best Travel Essay Book, and Best Memoir/Autobiography.

This is a short audiobook originally published as an ebook by Shebooks - high quality fiction, memoir, and journalism for women, by women.

What listeners say about Ricochet