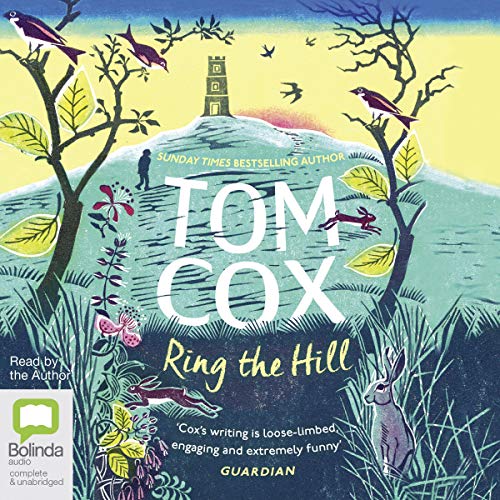 A hill is not a mountain. You climb it for you, then you put it quietly inside you, in a cupboard marked 'Quite a Lot of Hills' where it makes its infinitesimal mark on who you are.

Ring the Hill is a book written around, and about, hills: it includes a northern hill, a hill that never ends and the smallest hill in England. Each chapter takes a type of hill – whether it's a knoll, cap, cliff, tor, or even a mere bump – as a starting point for one of Tom's characteristically unpredictable and wide-ranging explorations.

Tom's lyrical, candid prose roams from an intimate relationship with a particular cove on the south coast, to meditations on his great-grandmother, and a lesson on what goes into the mapping of hills themselves. Because a good walk in the hills is never just about the hills: you never know where it might lead.

"Always engaging, charming, funny and often moving.... It made me want to pull on my stoutest boots and follow in his footsteps." (Stephen Fry)

"Beautiful, funny, fascinating, impossible-to-categorise.... Like going on a great ramble with a knowledgeable, witty, engaging friend. Tom Cox brings magic to the most mundane of subjects." (Marian Keyes)

"Sheer bloody genius...I loved it. Then I loved it more." (John Lewis-Stempel, author of Meadowland)

What listeners say about Ring the Hill

stories that captivate as the nights draw in

I didn't want this book to end and Tom Cox's narration made eveything come alive.