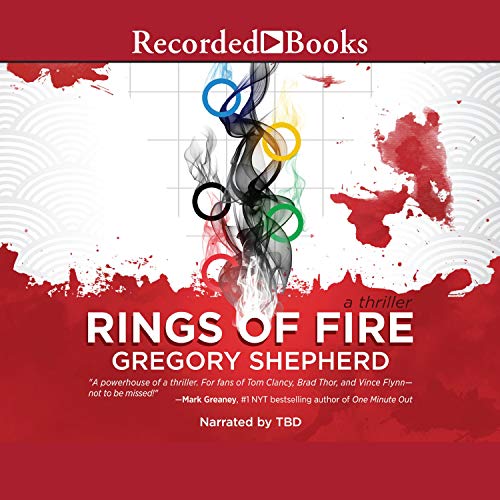 Patrick Featherstone - hero of Sea of Fire - frantically tries to unravel a plot by North Korean terrorists to destroy the Tokyo Olympics.

In Rings of Fire, former Joint Special Operations Command (JSOC) sniper Patrick Featherstone has been hired as the head security consultant for the Tokyo Olympics based on his success in thwarting a plot to foment a nuclear war on the Korean Peninsula.

He joins up with his old friends from Sea of Fire: Tyler Kang, another former JSOC sniper, and Jung-hee Choy, former North-Korean computer hacker. They are joined by the young and beautiful FBI agent Kirsten Beck, and together they frantically try to decipher a series of messages that have been sent to Patrick just before a series of terrorist attacks, which they are sure will culminate in a cataclysm during the awards ceremony on the final day of the Tokyo Games.

What listeners say about Rings of Fire