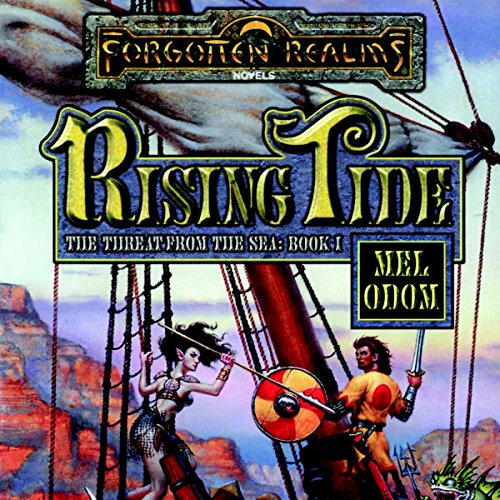 From the murky depths of the Shining Sea rises a pre-historic menace who commands a rising tide of invasion to crash over the shores of Iakhovas has plotted for long, bitter years to regain the powers that were torn from him by an angry goddess. Now, nothing will stand in his way, and the face of Toril will never be the same again.

Oblivious to the growing danger of the undersea civilizations, the surface world is about to awaken to a new, horrifying threat from the sea.

What listeners say about Rising Tide