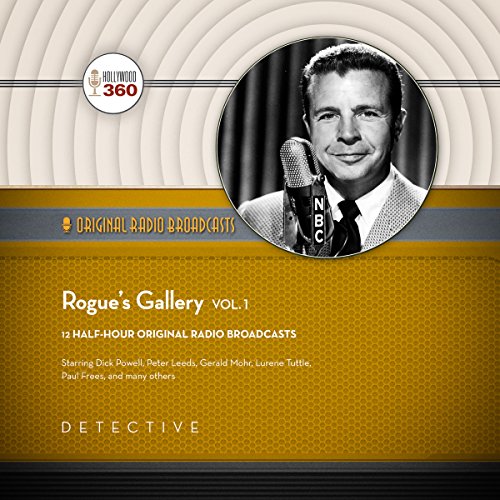 Rogue's Gallery was an old-time radio program starring Dick Powell as Richard Rogue, a private detective who trailed luscious blondes, protected witnesses, and did whatever else detectives do to make a living. What set this show apart from others in the genre was that midway through every episode, Rogue would invariably end up getting knocked out and spending his dream time in acerbic conversation on Cloud 8 with his subconscious self named Eugor - Rogue spelled backward. The presence of the alter ego served to give Rogue enough information for his final deduction. Eugor would appear cackling like the host of The Hermit's Cave while imparting some vital information our hero had overlooked. Rogue would then awaken with a vague idea of what to do next.