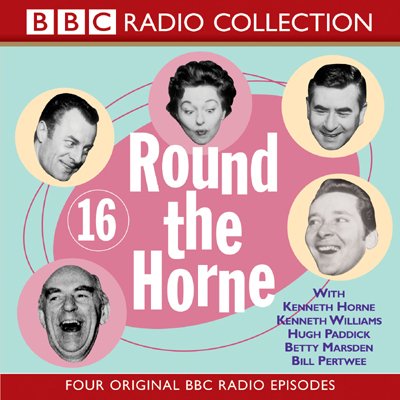 How lovely it is to once again vada the dolly old eek of Round the Horne, the radio comedy series which ventured where few had gone before in the late 1960s. For four series, suave and unruffled host Kenneth Horne battled manfully with a marauding parade of characters, from enterprising chorus boys Julian & Sandy and warbling songsmith Rambling Syd Rumpo to booming Daphne Whitethigh and breathless thespians Charles & Fiona.

In this latest collection of episodes, we listen in to an interview at the BBC personnel department; Kenneth Horne, master spy, has serious trouble when the evil Ginsberg causes people to assume the characters of animals; Julian & Sandy suggest something decadent for the garden; and, in a wartime drama, Fiona finds something lacking in her marriage to Charles.