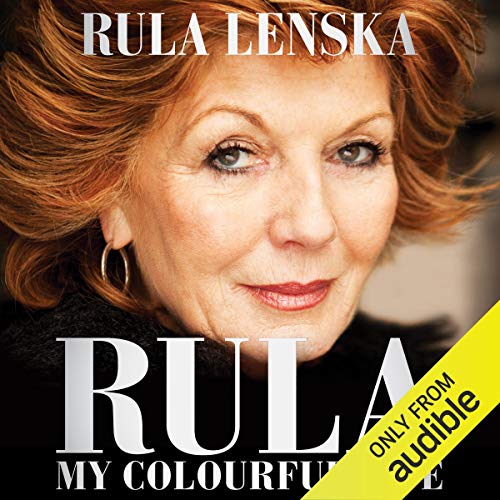 Rula Lenska's is an extraordinary life. Born in Britain to Polish aristocrats, refugees from the Nazis and then the Soviets, Rula found fame in the 1970s as Q in the TV series Rock Follies. Shortly afterwards she accidentally conquered America with the infamous VO5 hair advert, prompting Johnny Carson to ask, 'Who the hell is Rula Lenska?'

The world soon found out exactly who she was, as her career went on a roller-oaster ride through classic British television series such as Minder, To the Manor Born, The Detectives, Doctor Who, Casualty, Space: 1999 and, of course, Coronation Street. This came alongside a distinguished stage career, with stellar performances in The Vagina Monologues and Calendar Girls.

But her success has often been tempered with heartache. The fanfare surrounding her celebrity marriage to Dennis Waterman quickly faded amid accusations of alcoholism and spousal abuse. And then there was her surreal stint on Celebrity Big Brother, which she calls 'sixteen days of madness'.

Now older and wiser, and elevated to the status of national treasure, Rula Lenska is ready to share her unbelievable story in full. And while we've all watched her life from the outside, no one has heard or seen Rula like this - unabashed, honest, and thrilling.

What listeners say about Rula: My Colourful Life

Great book about a lovely caring lady
Rula reads perfectly and i am amazed at all her trials in life , a truly wonderful lady
thanks for sharing x