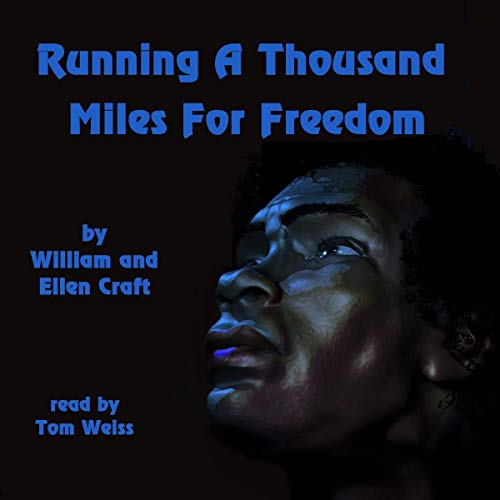 Written in 1860 in the language of the day by William and Ellen Craft, Running a Thousand Miles for Freedom tells the story of a husband and wife's plight to escape slavery in 1848 Georgia. Unlike many slaves who escaped in the dead of night chased by slave hunters and bloodhounds, the Crafts traveled in first-class trains, dined with a steamboat captain, and stayed in the best hotels during their escape to Philadelphia and freedom. Ellen, who was nearly white, disguised herself as a young male cotton planter traveling with his slave, William. At the time, slaveholders could take their slaves to any state, slave, or free. William concocted the plan to hide in plain sight, but ultimately it was Ellen who convincingly masked her race, her gender, and her social status during their four-day trip.

Eventually settling in Boston for two years after Philadelphia, the Crafts found their safety was not guaranteed there with the passage of the Fugitive Slave Act of 1850.  This Act required that all escaped slaves, upon capture, be returned to their masters and that officials and citizens of Free states had to cooperate. The Act contributed to the growing polarization of the country over the issue of slavery and is considered one of the causes of the Civil War. It is arguably the most hated and openly violated piece of federal legislation in the nation's history. The Crafts fled to England in 1850 where their security was guaranteed.

What listeners say about Running a Thousand Miles for Freedom