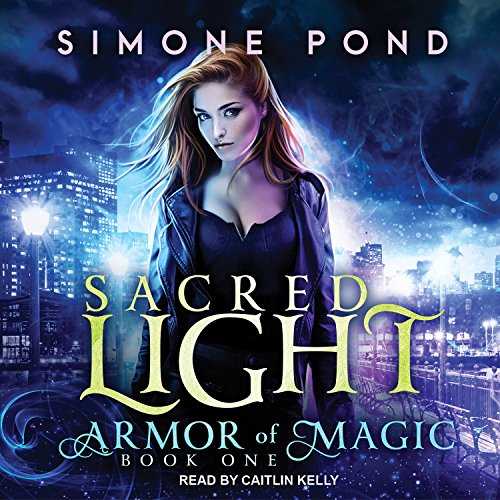 Fiona Farrow is ignoring her destiny. She has no interest in guarding the Sacred Scrolls from the evil Shadow Order - not after the same job took her parents away. But when a powerful demon mage from the Shadow Order steals one of the Sacred Scrolls and starts hunting down Protectors of Light, Fiona will have to put on her magical suit of armor and face her fears. If she doesn't, the Shadow Order will destroy humanity and banish Fiona to an obscure dimension for the rest of her nightmarish eternity.

Decent start to a new series. Some interesting plot development. however, this is another fantasy novel with a female lead who is frustratingly obtuse.

Sacred Light
Armor of Magic, Book 1
By: Simone Pond
Narrated by: Caitlin Kelly
This is a very interesting and intriguing fantasy and girl that comes of age to take up the job of being a guard of the Light, of a Scroll of Light, and of people.
The narrator is good too, she has a light voice but can make it gruff and powerful. Good job.

Great story by a great author

Another great story by Simone pond. Great storyline great cast of characters I love the supernatural story action-packed story once I started reading I read till the end cannot wait for book 2 in the series.