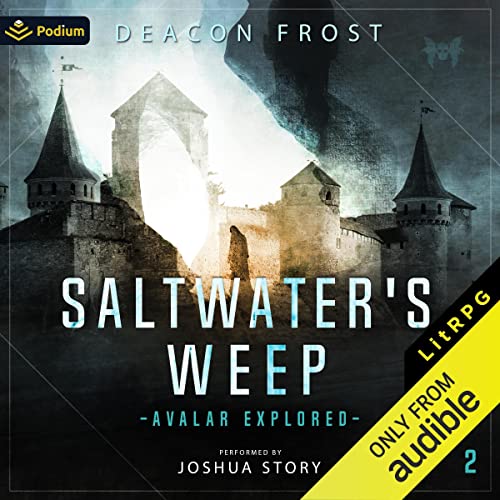 Craving revenge for the betrayals he suffered, Jace and his companions set out to conquer some dungeon floors to gain what they need to seek their revenge.

Traveling to Saltwater's Weep is a dangerous journey. A powerful coterie of adventurers led by the Warlord rules the city. Their dark fingers extend throughout and nothing is as it seems.

Taking his time to plan his attack, Jace seeks to gain control of new allies and servants before he sets out on his Quest. Join him as he takes new lovers, fulfills new temptations and gains in immortal power. Watch villains creep from the sidelines with agendas of their own. Can a fledgling Incubus survive in a dangerous world when might makes right?

What listeners say about Saltwater's Weep

I enjoyed the first two books and will definitely get the next...just wish the author wouldn't go through the MC's ENTIRE stat/skill list (with descriptions) 2-3 times per chapter. Gets very annoying.

Would be better to just describe stat changes upon leveling and list full status at the end of a chapter so it can be skipped easily.

the narrator has a good enough voice, but the pacing is too slow and inconsistent. fortunately, if you put the book on 1.3 times speed, or greater, that problem goes away completely.