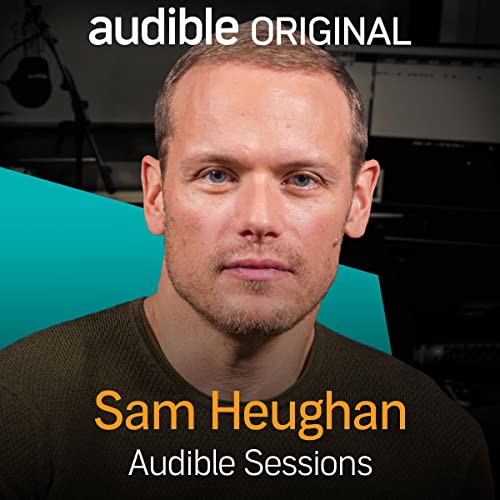 Joining us in the Audible studios is Sam Heughan, the Scottish actor best known for his role as Jamie Fraser in Outlander.

Heughan began his career in theatre, receiving an Olivier award nomination while still studying at the Royal Scottish Academy of Music and Drama. He has appeared in television shows such as Doctors, Rebus and films including Heart of Lightness and The Spy Who Dumped Me.

In his memoir Waypoints, Heughan digs into his Scottish heritage by hiking the West Highland Way, and along the journey he recounts the life and career events that have shaped him and his personal values.

We spoke to Sam Heughan about the joys and trials of West Highland Way, his journey towards processing the absence of his dad, and how the creation of his Outlander family came at just the point he needed in his career.

What listeners say about Sam Heughan

Great interview. It really made me want to read the book Waypoints. Sam’s voice is incredible.

Interview with Sam Heughan about Waypoints

Loved it. Just let Sam speak and I'll keep listening forever. Smooth, soothing voice. Great questions to him about his life, memoir, hiking the West Highland Way, his career, his highs and lows. I HIGHLY Sam's audible book Waypoints, as well as the hard cover. I can't give enough stars for Waypoints. 👍👏🌟🌟🌟🌟🌟🌟🌟🌟🌟🌟

I think everything Sam narrates or interviews is spectacular so I may be a bit biased. This is a great interview. Gives the feeling of being a fly on the wall while friends chat. Sam has a real gift of for sharing.

Wished I Could Have Walked With Him

Sam has such a wonderful voice. I may have to buy the audible edition of his book as well.

Looking forward to listening to the book

I enjoyed the interview. Sam discussed a number of interesting events in his life. The discussion lead me to purchasing the audible version of a book that I otherwise might have missed. It is really special to listen to the author narrate his own biography.

The character and inflection in Sam’s voice is truly captivating. His excitement and pride are evident as he describes his life and work experiences. Great interview!

Listening to Sam speak or read is a rare pleasure you shouldn't miss. His story is raw, funny, enlightening and honest.

Great interview and intro to Waypoints!

This is a great interview that gives you an intro into Waypoints: My Scottish Journey by Sam Heughan. It is worth the listen.

Sam is such an interesting man and actor

I have seen all Outlander og read all his and Grahams books. Nice voice and good at getting me to almost be there in Scotland (from Denmark)

can't help but love him

lovely insight into his very personal account of the challenge and his thoughts along the way of the waypoints in his life.

This book is so worth listening to, all the extra accents and voice recordings are a bonus. Sam Heughan has such wonderful voice and delivery

Such an interesting & fascinating guy, his story is very motivating to always keep going