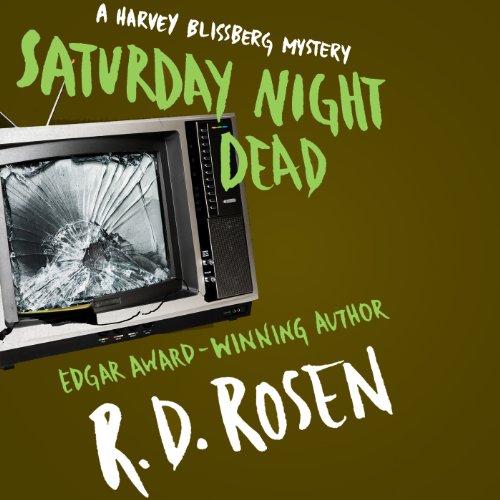 A late night TV executive falls to his death, and Blissberg must crack the case before the killer has the last laugh. When Harvey Blissberg is hired by Roy Ganz, the pretentious, pint-sized producer of a legendary but fading, late night network comedy show, he has no idea that he’s about to walk right into a television tragedy.

The private eye thinks he’s doing a short, easy job by dragging a missing guest host out of a Times Square bar. The show goes well but just as the cast and crew start to celebrate, Ganz exits a twenty-fourth floor window, plunging faster than his show’s ratings. Hastily hired by the network to conduct a discreet investigation, Blissberg slowly makes his way through the show’s ragtag roster of writers and actors, many of who would have relished a chance to defenestrate their manipulative boss. The joke’s on Blissberg, however, when he’s forced to make an unexpected detour back to the early days of television.