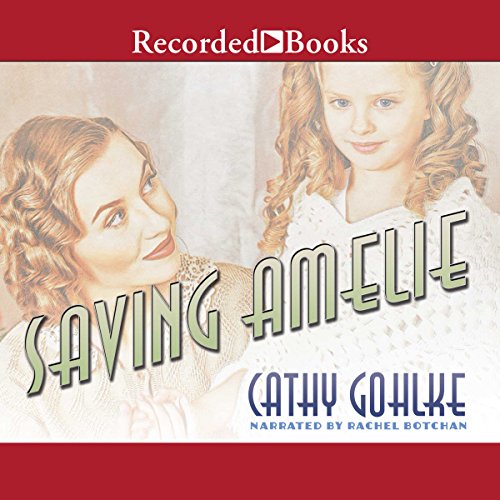 Increasingly wary of her father's genetic research, Rachel Kramer has determined that this trip with him to Germany - in the summer of 1939 - will be her last. But a cryptic letter from her estranged friend, begging Rachel for help, changes everything.

Married to SS officer Gerhardt Schlick, Kristine sees the dark tides turning and fears her husband views their daughter, Amelie, deaf since birth, as a blight on his Aryan bloodline. Once courted by Schlick, Rachel knows he's as dangerous as the swastikas that hang like ebony spiders from every government building in Berlin. She fears her father's files may hold answers about Hitler's plans for others, like Amelie, whom the regime deems "unworthy of life". She risks searching his classified documents only to uncover shocking secrets about her own history and a family she's never known.

Now hunted by the SS, Rachel turns to Jason Young - a driven, disarming American journalist and unlikely ally - who connects her to the resistance and to controversial theologian Dietrich Bonhoeffer. Forced into hiding, Rachel's every ideal is challenged as she and Jason walk a knife's edge, risking their lives - and asking others to do the same - for those they barely know but come to love.

Wonderful! Couldn't stop listening! The story was so eye opening to so many other things going on in Germany at the time of WW2.

So disappointed I can't get the rest of this ladies books...her writing style is amazing and you are taken away in her books and you won't want to come back. I haven't listened to anything this last week cause I couldn't quite thinking about Saving Amelie....super great!!!!

Interesting book, a time in history when hard decisions had to be made and personal character was reveled with truth

If your looking for a great listen. Look no further. This is a great story of love, Family, hardships and it kept me listening all weekend.

she, like the on a has a beautiful way of sharing her faith in every day conversation. such a great tale of love.

Well Worth the Wait!

In the beginning I found myself growing impatient with this story. That was only in Part 1. During Parts 2 & 3, I was shocked, intrigued & completely focused on this audio. Definitely opened eyes to different aspects of WWII, until then, Id not realized or even thought of! Kept me awake through the night! I learned more about the resistance movements, connections that were very likely. A book with real issues from that era, yet with a different spin than Ive ever heard! I appreciate the honest truth of the likely events, yet not filled w cussing & all the gritty details most feed upon in this day. Amazed also at Bonhoffer's showing up ;) Plenty ppl tell U the story outline. So I'll just tell U Parts 2 & 3 have enough action to grasp the focus of Part 1..also, I'll tell you it's now in my top 5 of favorite audios! Narrator gets better & better as the focus shifts from America to Germany. Excellent Audio performance of an Excellent Book witten!

It is a bit depressing but is based on the awful truths in the time of hitler, but I think it ends well, so probably.

What does Rachel Botchan bring to the story that you wouldn’t experience if you just read the book?

She's a good narrator, good with different voices, etc., but she pauses at odd times, not enough to detract from the story.

Not exactly what I expected

Basically, this is a good story. I just wasn't prepared for the heavy religious input. As a Christian it was not at all offensive, but for those of other faiths or none at all it may be off putting.

Would you consider the audio edition of Saving Amelie to be better than the print version?

For me it is. A printed version is something I don' think I would buy

Uma, the little deaf girl, and the priests

That she after a long time ended up seeing she wasn't in the center of the world. The idea of genocides is repelling

Just loved juved it. It was really exciting and filled with some action