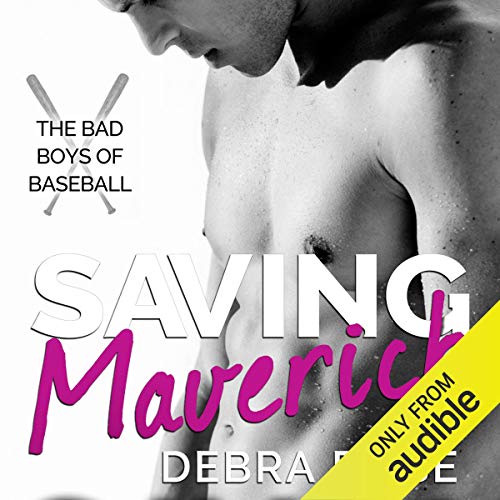 Days before the biggest game of playboy pitcher Maverick Jansen's career, his brother is killed in a horrific car accident. Determined not to let his teammates down, Mav pushes through his grief only to lose control of his signature pitch - and the series.

Still dealing with the backlash of his once adoring fans, Maverick learns the team's owner plans to move the ball club to small-town America.

During a night of hard drinking, Mav rails against the move to Hicksville while a fan records the entire tirade. His career takes a nosedive when the video goes viral right before spring training. Kelsey Sullivan, Media Consultant, is hired by the team's owner - her childhood friend, Thomas Scott - to help restore Maverick's image and find a way to get his mojo back.

As the daughter of a former minor league ball player who walked away from her and her unstable mother, Kelsey breaks her main client rule - no male athletes - to help her friend and gain a coveted position with the ball club.

Strike three or...happily ever after?

When they're forced to pretend they're a couple as a last ditch effort to secure his place on the team and fix his public image, Maverick and Kelsey's romance goes from on the bench to rounding the bases in no time. Maverick knows what they have is more than just soul-shattering sex, but he'll have to overcome his fear of commitment to prove to Kelsey love can save them both.

But once-burned-twice-shy Kelsey might not be able to trust again unless she can bury her long-held belief that this bad boy baseball player isn't the happily ever after type.

What listeners say about Saving Maverick

Maverick is known as the bad boy of baseball for past antics. However he is grieving over his brothers death, and feeling responsible for it. Kelsey is the PR exec set to put his career, and hers on track. Through a series of events, photos of the two in a compromising position prompts them to fake a relationship. Except, for the fake they're doing it like bunnies its fake right? There are some hot parts, funny stuff, and some sad themes. The story has a bit of everything. The narration was great, Joe Arden always delivers a wonderful performance, and solo Joe is a bonus.