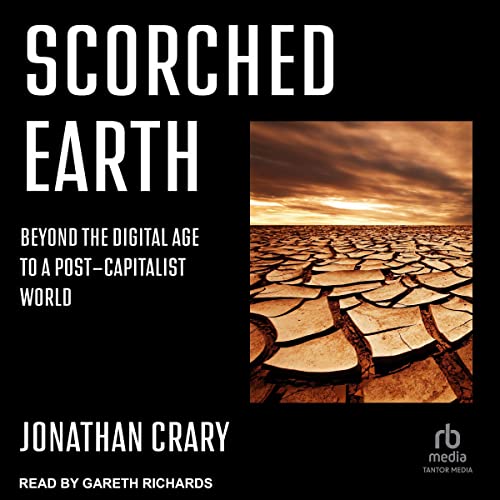 In this uncompromising essay, Jonathan Crary presents the obvious but unsayable reality: our "digital age" is synonymous with the disastrous terminal stage of global capitalism and its financialization of social existence, mass impoverishment, ecocide, and military terror. Scorched Earth surveys the wrecking of a living world by the internet complex and its devastation of communities and their capacities for mutual support.

This polemic by the author of 24/7 dismantles the presumption that social media could be an instrument of radical change and contends that the networks and platforms of transnational corporations are intrinsically incompatible with a habitable earth or with the human interdependence needed to build egalitarian post-capitalist forms of life.

What listeners say about Scorched Earth