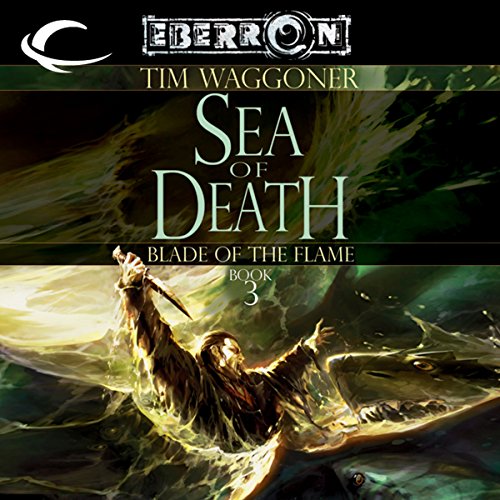 Acclaimed author Tim Waggoner brings his first Eberron trilogy to a stunning conclusion. Diran, once a feared assassin, has turned his back on murder, seeking the life of a wandering priest. But in the seas of the Lhazaar Principalities, peace is rarely found, and even justice must be bought in blood. A new power has risen, hoping to conquer the east with an army of beast men, and only Diran and his companions can stop them.

The concluding volume in the critically-acclaimed Blade of the Flame series that follows a former assassin trying to change his life and set the world to right.

What listeners say about Sea of Death

narratied wonderful the story was good kept me wanting to continue to listen would recommend.