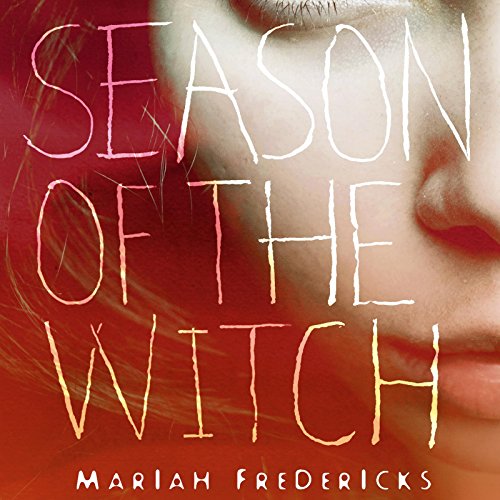 Season of the Witch

Like Fredericks's The Girl in the Park, here is a pause-resisting listen that perfectly captures the world of New York City private schools, as it explores the notion of power among teenage girls. Publisher's Weekly, in a starred review, raves, "Fredericks again proves her gift for conveying the intensity of adolescence, while exploring the ways girls' sexuality is used against them and asking why 'we all have to be predators and prey.'"

Queen Bee Chloe is going to make Toni suffer for whatever transpired between Toni and Chloe's boyfriend, Oliver, over the summer. From day one of eleventh grade, she has Toni branded as a super slut, and it isn't long before things get so ugly that Toni fears for her safety. What's a scared, powerless, and fed-up teenager to do? Guided by Cassandra - a girl with some serious problems of her own - Toni decides to stop playing the victim and take control. Cassandra has been experimenting with witchcraft, and together they cast a spell on Chloe that may actually cause her death. Could Toni have really made such an awful thing happen?