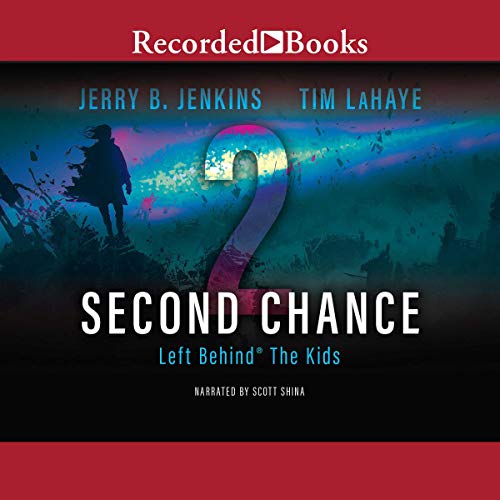 The world has been thrown into chaos after thousands of people suddenly vanished one horrifying evening. Four kids in the Chicago suburbs - Judd, Vicki, Lionel, and Ryan - reel with shock as they learn they are the only ones left in their families. As the truth behind the disappearances becomes clear, the kids discover they are faced with far-reaching decisions. But while the others are making their choices, Lionel gets a disturbing message from his uncle in Chicago. Not knowing if his uncle is still alive, Lionel rushes to the inner city to search for him.

Authors Jerry B. Jenkins and Tim LaHaye base this thriller on Left Behind, their riveting book that has topped best-seller lists across the country and captured the attention of Hollywood producers. Narrator Scott Shina’s dramatic performance brings to life the four friends as they band together to fight the evil forces that threaten their very lives.

I t was very well entertaining.

I want to start this out by saying, "I read all 40 of these book; "Left Behind, The Kids", books." The Narrator was entertaining and explained just as if it were coming straight out of the book and the Bible. That was one of the things I was judging these book on. So many people are not sure if we are going to be Raptured up or if it was just a story. Keep on reading folks. It is very encouraging, uplifting, knowledgeable, funny, and most of all, it will leave you on the edge of your seats. You must continue to the end. I wonder if they did all 40 in Audible. I will see too.

I think that this is one of the best books I have ever heard!
I can't wait till my mom gets me the 3rd one.