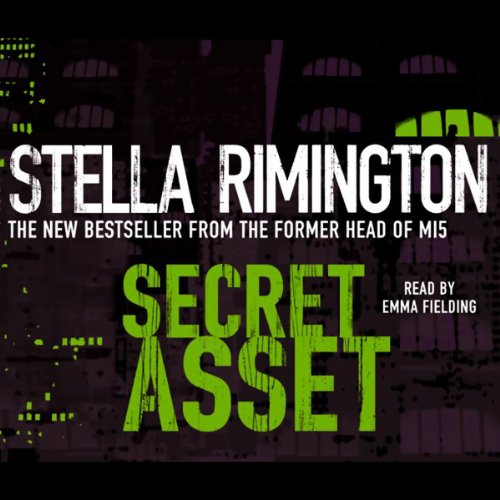 MI5 Intelligence Officer Liz Carlyle learns from one of her agents that suspicious meetings have been taking place at an Islamic bookshop. She feels instinctively that a terrorist cell is at work and when she reports this to Charles Wetherby, the Director of Counter Terrorism, a surveillance operation is immediately put into place. An attack seems imminent.

So Liz is surprised when Wetherby takes her off the case - this is just her sort of operation. However, Wetherby has some very disturbing news. He has received a tip-off that a mole has been planted in one of the branches of British Intelligence. If true, then the potential damage to the Service itself could be immeasurable.

As her colleagues try to counter an impending terrorist strike, Liz must use all her skills to find out who the mole is, and what their intentions are, before it is too late.

In Secret Asset, the second Liz Carlyle novel, Stella Rimington once again brings all her experience to bear in a truly compelling thriller that takes the reader into a world where no-one can be trusted and nothing is what is seems.

"A cracking good thriller." ( Observer)
"Intelligent....Undeniably pacey." ( Guardian)
"This is something rare: the spy novel that prizes authenticity over fabrication." ( Mail on Sunday)
"There is an exciting feeling of getting things straight from the mare's mouth about listening to Secret Asset... Emma Fielding�s voice matches the material well, elegantly modulated and authorative, but tense and fast as the pace hots and the nerve-wracking reality of dealing with a terrorist attack in Oxford reaches a climax." ( The Times)

What listeners say about Secret Asset

Did not match expectations !

Although there was a promise of an insight into the murkey world of Spooks, I found the plot pedestrian and predictable. No twists or turns, no real surprise in the ending.
Would I recommend it ? Only if there was nothing else to read