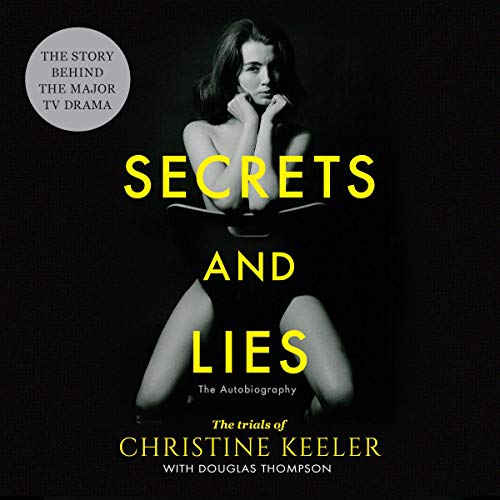 The sensational true story behind the major TV drama series The Trial of Christine Keeler, performed by Sophie Cookson.

In her own words, the life of the beautiful young model and dancer who helped to bring down the Tory government of Harold Macmillan - the 'Profumo Affair' remains the greatest political sex scandal in recent British history.

Having found fame and success as a model, Christine's short affair with the minister for war, John Profumo, led to his downfall at the end of Harold Macmillan's Conservative government and was at the heart of the social and political earthquake that followed. She became the subject of scandal, intrigue and gossip and was tried for perjury and briefly jailed following the death of Stephen Ward, the socialite who had introduced her to Profumo.

Following Christine Keeler's death in December 2017, her book has been updated to include revelations that she did not wish to be published in her lifetime. The result is an audiobook containing material that has never been officially released, which really does lift the lid on just how far the Establishment will go to protect its own.

Was looking forward to this but felt it lacked all credibility. I find it hard to believe that Keeler either kept a detailed diary or had a photographic memory. Soviet agents would surely be caught if their tradecraft was as bad as portrayed. Too much ghostwriter?