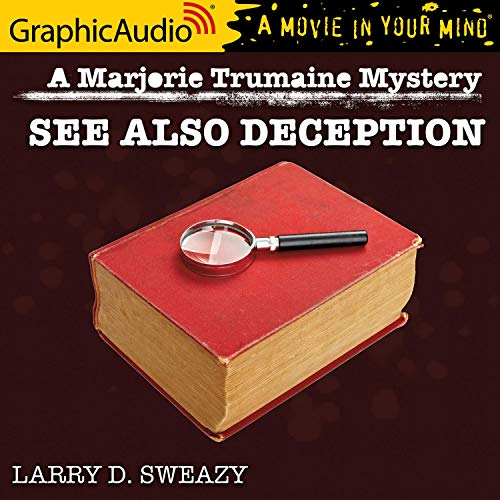 In a small North Dakota town in 1964, indexer Marjorie Trumaine investigates the alleged suicide of the local librarian, uncovering a web of secrets that puts her own life in jeopardy.

October 1964: Just months after freelance indexer Marjorie Trumaine helped solve a series of murders in Dickinson, North Dakota, she is faced with another death that pulls her into an unwanted investigation. Calla Eltmore, the local librarian, is found dead at work, and everyone considers it suicide. But Marjorie can't believe that Calla would be capable of doing such a thing.

Marjorie's suspicions are further aroused when she notices something amiss at Calla's wake, but the police seem uninterested in her observations.

Despite pressing job commitments and the burden of caring for a husband in declining health, Marjorie sets out to uncover the truth. What she finds is a labyrinth of secrets - and threats from someone who will kill to keep these secrets hidden.

I enjoyed the story as I did the other two. I read them out of sequence but, the only problem I had with this one was towards the end. Some parts seemed to drag out which made it a little tedious for me. Overall though, it was a great story and I had no idea who the culprit was and why until near the end. I hope there is another one in the works!