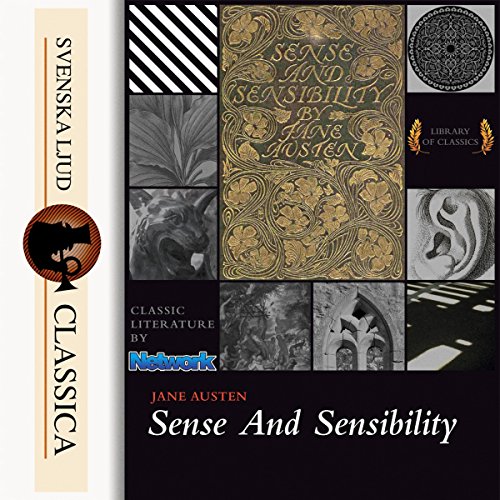 "Sense and Sensibility" is a novel by Jane Austen, and was her first published work when it appeared in 1811 under the pseudonym "A Lady".

A work of romantic fiction, "Sense and Sensibility" is set in southwest England between 1792 and 1797 and portrays the life and loves of the Dashwood sisters, Elinor and Marianne. The novel follows the young ladies to their new home, a meagre cottage on a distant relative's property, where they experience love, romance and heartbreak. The philosophical resolution of the novel is ambiguous: the reader must decide whether sense and sensibility have truly merged.

Jane Austen wrote the first draft of the novel in the form of a novel in letters (epistolary form) sometime around 1795 when she was about 19 years old and gave it the title "Elinor and Marianne". She later changed the form to a narrative and the title to "Sense and Sensibility". By changing the title, Austen added "philosophical depth" to what began as a sketch of two characters.
©2017 SAGA Egmont (P)2017 SAGA Egmont

I enjoyed the reader for the most part. Her voice suited the story and her inflections were spot on. Somehow she managed to make a difference between the Mrs. Dashwood and the Mrs. John Dashwood, which when read can be difficult.

However, the directions given to the reader to read the Title, Author, on top of each chapter title was distracting. As if you would forget after ten minutes what book you were listening to. And the pauses between chapters were much longer than necessary.

All in all, good book, good reader, bad formatting.

I couldn't stop listening to this! what a beautiful story as always. And the narrator is my favorite to listen to. well done!

Hard to track with

The chapter divisions in the book and those in audio files do not correspond :-(