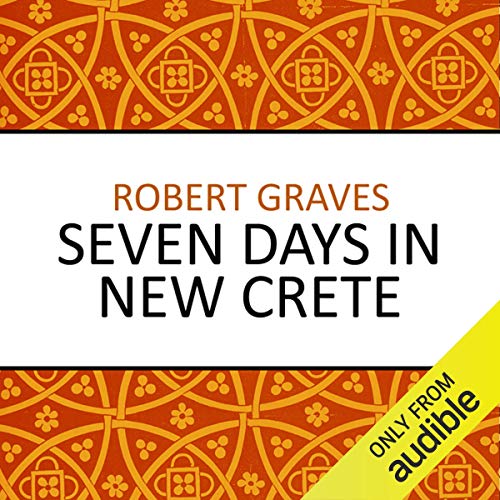 Edward Venn-Thomas lives in the 20th century but has been mysteriously transported to the future, and the apparently idyllic society of New Create, where there is no hunger, no war, and no dissatisfaction. However Venn-Thomas is starting to find life among the New Cretans rather dull.

He comes to realise that their perfect existence, inspired by the poets and magicians of their strange occult religion, lacks one fundamental thing: evil. So Venn-Thomas sees it as nothing less than his duty to introduce them to the darker side of life.

First published in 1949, and also known as Watch the North Wind Rise, Graves's novel is a thrilling blend of utopian fantasy, science-fiction, and mythology.

“No one else offers his precise combination of eroticism, nightmare and epigram” ( Guardian)

Definitely an entertaining book and well read, but I did roll my eyes very frequently. This book may be about a society that believes in a goddess but it is still very man focused, with men being in power and men’s sexual needs being at the forefront (eye roll)