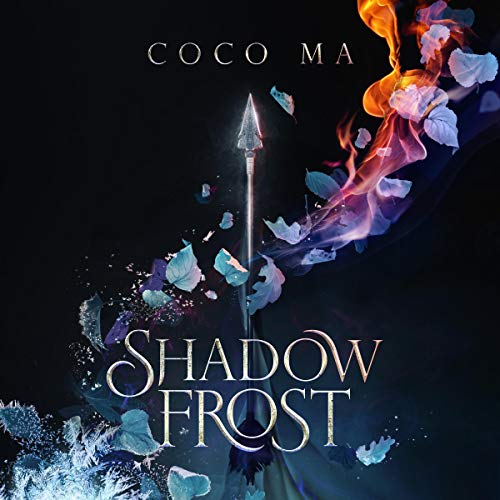 In the kingdom of Axaria, a darkness rises.

Some call it a monster, laying waste to the villagers and their homes. Some say it is an invulnerable demon summoned from the deepest abysses of the Immortal Realm. Many soldiers from the royal guard are sent out to hunt it down. Not one has ever returned.

When Asterin Faelenhart, princess of Axaria and heir to the throne, discovers that she may hold the key to defeating the mysterious demon terrorizing her kingdom, she vows not to rest until the beast is slain. With the help of her friends and the powers she wields - though has yet to fully understand - Asterin sets out to complete a single task. The task that countless trained soldiers have failed. To kill it.

But as they hunt for the demon, they unearth a plot to assassinate the princess herself instead. Asterin and her friends begin to wonder how much of their lives has been lies, especially when they realize that the center of the web of deceit might very well be themselves. With no one else to turn to, they are forced to decide just how much they are willing to sacrifice to protect the only world they have ever known.

That is, of course, if the demon doesn't get to them first.

What listeners say about Shadow Frost

This is a fun fantasy listen. The narrator does a good job with the characters and keeping your attention. The story is your classic YA fantasy, which is fun to read/listen to and Ma writes characters well.

I enjoyed this fantasy story a lot. I liked the magic portion of the story, the way it was crafted was a unique take on elemental magic and was a great plot device to take the characters on their journey. I loved the dynamic between the group and friendships and the way it progressed the story and gave me as the reader a few twists I didn’t expect.
I would recommend this to people who like fantasy novels based around a journey of friends to save the kingdom. You also must like magic as a part of the story.
I have the story 4 star because I thought the narrator was a great narrator and the book was defiantly one I wang to add in physical form to my bookshelf. I can’t wait for more from this debut author!

This story had so much potential. The over use of unnecessary adjectives, random pointless actions by characters and repeated stating the obvious...(example: “they decided to run. So they ran.”) really stunted what could have been a great story. The story had so many great twists and turns but it was extremely predictable and I guessed what was happening before it did so many times. I wish it had been less obvious where the plot twists were going.

This being a debut novel promises at least that the author has room for growth and the talent to get there.

Starting out I have to admit it did take me a few chapters to get into the story, but after that I was captured and addicted. The world the author creates is beautiful, making the story come to life in your mind sentence by sentence.

The first 250 pages was intriguing and really got me guessing what was going on, but just as something (no spoilers) is revealed and you think you know what is going to happen, the author throwing in a twist and you are gripping the book needing to know more. This really is a story that grabs you without losing your interest throughout the whole book.

Brilliant writing, connectable characters, a beautiful world, and as a bonus the cover is stunning too. I love it and can't wait wait to read the next one in the sequel.

For fans of Throne of Glass, Three Dark Crowns and A Curse so Dark and Lonely.