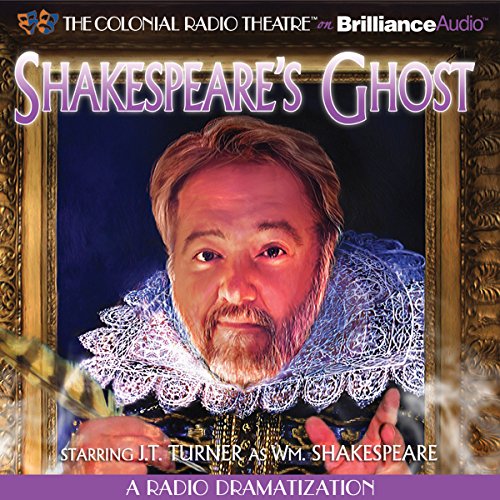 Imagine if famous playwright William Shakespeare had been haunting theaters since his death, just to see how his plays were being treated. What might he say about the productions he has seen for over 400 years, the actors he has watched, and his own life?

The setting for Shakespeare's Ghost is an unnamed theater during a terrible production of Hamlet. Rather than let us suffer through the bad acting, Shakespeare materializes and shares with us the story of his life, his work, and productions of his plays through the centuries.

J.T. Turner brings the bard to life in this adapted audio version of his successful one-man stage show.