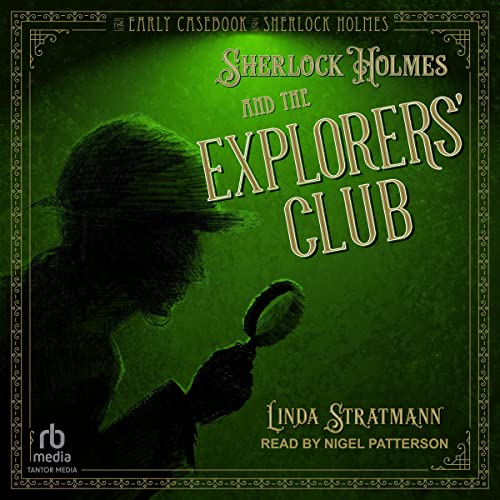 Sherlock Holmes and the Explorers' Club

Holmes is faced with an unidentified body, a coded message, and multiple murders . . .

When the preserved foot of a dead man with extra toes arrives at St. Bartholomew's Medical College, the students are fascinated. However, despite this unusual feature being reported in the press, the man's identity remains a mystery.

Intrigued by the puzzle, medical student Mr. Stamford calls on his acquaintance Sherlock Holmes to help him learn more about the deceased.

With only the man's boots and a few possessions to examine, Holmes relishes the challenge. He soon finds a coded message hidden inside the man's purse, which suggests a possible connection to criminals or spies.

Over the course of their investigations, Holmes' and Stamford's suspicions are strengthened when they learn of further shocking deaths. It soon becomes apparent that the men who died all belonged to the mysterious Explorers Club.

Although the deaths look like accidents, Holmes is convinced that the men were murdered. And with conspiracy and intrigue lurking at every turn, he must now expose the secrets of the Explorers Club before the next member meets a grisly end . . .

What listeners say about Sherlock Holmes and the Explorers' Club

Watson always irritated me for being so obtuse. Now I see that Stamford’s character has gotten the same treatment in this iteration of the cannon.

How about at least a sidekick of AVERAGE intelligence, for once. Surely “The Great Detective” can handle being juxtaposed to another reasonably sharp witted specimen without being completely over-shadowed and blasted into mediocrity! Otherwise, we seem to be missing the point of precisely what the adjective “Great” infers.

Other than that, which is a complaint that can be made for the majority of Holmes’s pastiches (original or not), there is nothing exceptionally wrong with this book and I did enjoy it as a means to feed my appetite for the sub-genre.