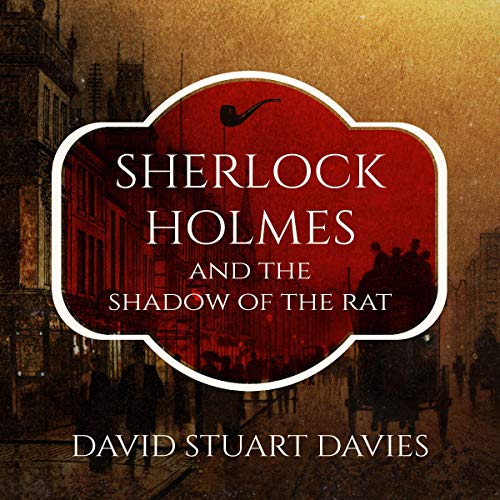 Sherlock Holmes and the Shadow of the Rat

Detective Sherlock Holmes and his partner Dr. Watson face one of their most challenging cases to date: stopping the Great Rat of Sumatra from spreading plague throughout Britain.

The investigation starts with a body found floating in the Thames, infected with the bubonic plague, a disease thought to have been eradicated in 1666.

How has the disease returned? Who is responsible? The investigation leads them to very unusual suspects, all while the government and wider public descend into chaos.

Sherlock Holmes and the Shadow of the Rat is a gripping detective novel, full of twists that lead you to the most remarkable and ingenious conclusions.

David Stuart Davies is one of Britain's leading Sherlockian writers. He was the editor of Sherlock Holmes the Detective magazine, and is the author of several Holmes novels, the hit play Sherlock Holmes: The Last Act, and an acclaimed biography of Jeremy Brett. He is also an advisor to Granada Studios' Sherlock Holmes museum, and he contributed commentaries to the DVD releases of the Basil Rathbone Holmes films.