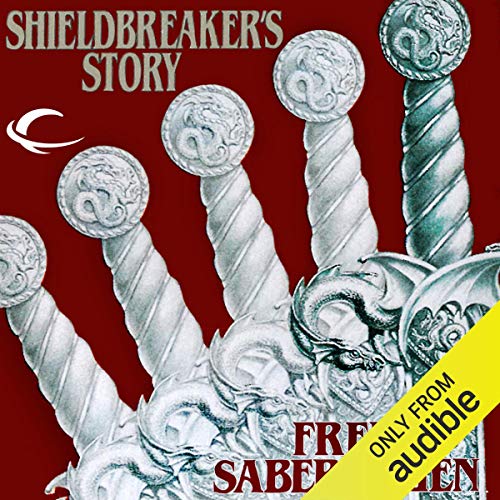 Long ago, the gods forged 12 Swords of Power and threw them on the gameboard of life for greedy mortals to scramble over. Too late, the gods learned that they had forged too well; the Swords could kill the gods themselves.

Now, ages later, the Swords are back in human hands, as powerful as ever. Vilkata the Dark King returns from exile seeking revenge on those who defeated him. His first goal is the vault in which his enemy Prince Mark has placed the remaining Swords; with these in hand, none can oppose his rule. Only one untested warrior stands in his way: 14-year-old Prince Stephen, with Shieldbreaker in hand.

What listeners say about Shieldbreaker's Story

I loved this series as a kid. wasn't nearly as good as I remember but this as the final book of the series was awful. The ending was forced. the culmination of this 11 book series the final battle was a paragraph quickly trying to tie everything up to the desired end. Bad just bad. if I could give it zero stars I would