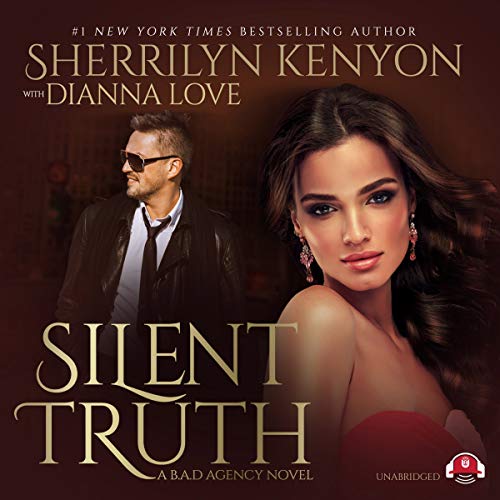 Tough-as-nails Bureau of American Defense agent Hunter Thornton-Payne is no stranger to uncomfortable top-secret missions, but tonight takes the cake. He just needs to stick out a stuffy charity fund-raiser long enough to find the ruthless assassin he's hunted for four years. It's a rogue operation, but Hunter's got nothing to lose until a beautiful brunette unexpectedly pulls him into her own dangerous agenda.

Abbie Blanton will do anything to cure her mother's mysterious illness. When a high-profile heiress is murdered as Abbie tries to blackmail her for clues, Abbie realizes she's stumbled into an unforgiving conspiracy - and she's the next target. Soon, she and Hunter discover an alarming connection and begin a treacherous battle against an evil enterprise that someone will go to terrifying lengths to keep hidden.

What listeners say about Silent Truth

Just finished book 3 and loved it. Book 4, the narrator has added some really annoying accents for the characters who did not have these accents in the previous books. This is really annoying. Might not be so annoying if it had been years since listening to the previous book and knowing the accents didn't exist in that book.
Story line is great. Enjoying the story but want to strangle the narrator for the stupid accents.

ewww could not even get thru this book !how to

didn't like I couldn't even listen to all want refund!!want to exchange for something more my liking