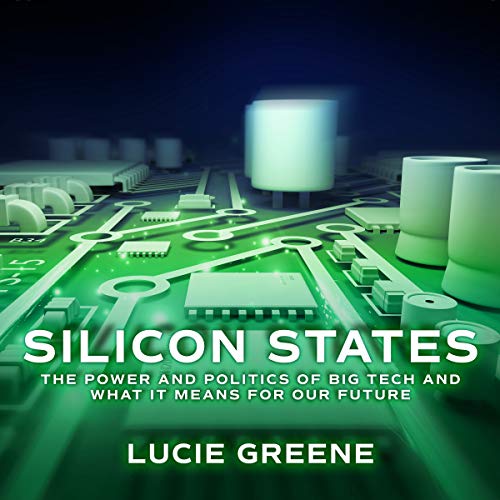 Welcome to the Silicon States.

Silicon Valley is imperializing the planet. With nearly bottomless supplies of cash and ambition, a small group of companies have been gradually seizing symbolic and practical civic leadership in America and worldwide. But Silicon Valley does not answer to the electorate; nor have they been voted into office. And the perils of their influence are only now making themselves known. The institutions of Facebook, Google, and Twitter are implicated in the investigation of Russian interference into US elections, providing the public their first opportunity to glimpse the wizards behind the curtain: how these businesses operate, where their interests lie, and the power they wield over an unsuspecting citizenry.

While the promise of Silicon Valley is bold, futuristic, and seductive, it is important to understand these corporations' possible impact on our future. Silicon States emphasizes that before we hand our future over to a rarified group of companies, we examine the world they might build: its benefits, prejudices, and inherent flaws. And to ask, ultimately, if we really want it.

What listeners say about Silicon States

A very important book for our age. Those of us who are concerned by the power and wealth bring accumulated by the technology giants need to read this book.

There is a lot of information and facts in this book. There was also much anticipation for analysis and "what it means for our future", but the book doesn't deliver on that score. There is no "story" here, just a train of historical information. But there is a lot of information.
A big negative for me was the unrelenting monotone and complete lack of inflection or pauses in the reading. Compounding this is a strong British accent which is interesting at first, but soon becomes very tedious. It was hard to keep awake.

This book is big on content but weak on engagement, a missed opportunity.

A lot of fluff

If you don't follow tech headlines then you may get something out of this book.