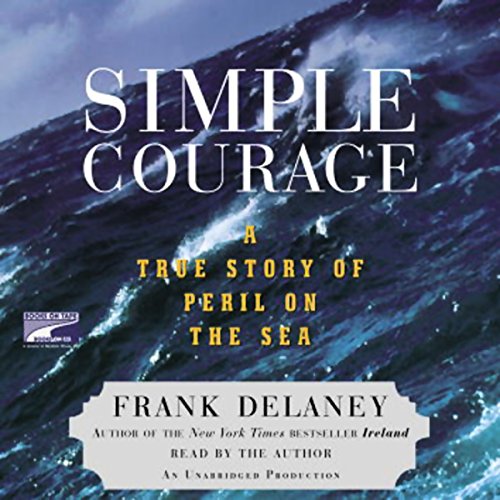 “Heaven help the sailor on a night like this.” (Old folk prayer)

In late December 1951, laden with passengers and nearly 40 metric tons of cargo, the freighter S.S. Flying Enterprise steamed westward from Europe toward America. A few days into the voyage, she hit the eye of a ferocious storm. Force 12 winds tossed men about like playthings and turned drops of freezing Atlantic foam into icy missiles. When, in the space of 28 hours, the ship was slammed by two rogue waves - solid walls of water more than 60 feet high - the impacts cracked the decks and hull almost down to the waterline, threw the vessel over on her side, and thrust all on board into terror.

Flying Enterprise’s captain, Kurt Carlsen, a seaman of rare ability and valor, mustered all hands to patch the cracks and then try to right the ship. When these efforts came to naught, he helped transfer, across waves 40 feet high, the passengers and the entire crew to lifeboats sent from nearby ships. Then, for reasons both professional and intensely personal, and to the amazement of the world, Carlsen defied all requests and entreaties to abandon ship. Instead, for the next two weeks, he fought to bring Flying Enterprise and her cargo to port. His heroic endeavor became the world’s biggest news.

In a narrative as dramatic as the ocean’s fury, acclaimed best-selling author Frank Delaney tells, for the first time, the full story of this unmatched bravery and endurance at sea. We meet the devoted family whose well-being and safety impelled Carlsen to stay with his ship. And we read of Flying Enterprise’s buccaneering owner, the fearless and unorthodox Hans Isbrandtsen, who played a crucial role in Kurt Carlsen’s fate.

Drawing on historical documents and contemporary accounts and on exclusive interviews with Carlsen’s family, Delaney opens a window into the world of the merchant marine. With deep affection - and respect - for the weather and all that goes with it, he places us in the heart of the storm, a “biblical tempest” of unimaginable power. He illuminates the bravery and ingenuity of Carlsen and the extraordinary courage that the 37-year-old captain inspired in his stalwart crew. This is a gripping, absorbing narrative that highlights one man’s outstanding fortitude and heroic sense of duty.

"One of the great sea stories of the 20th century....[A] surefire nautical crowd-pleaser." (Booklist)

"Frank Delaney has written a completely absorbing, thrilling, and inspirational account of a disaster at sea that occasioned heroism of the first order. In the hands of a gifted storyteller, the 'simple courage' of the ship's captain and the young radio man who risked their lives to: a stubborn devotion to the things we love." (Sen. John McCain)

What listeners say about Simple Courage

Sometimes having the author read his own material is a mistake. Not here. Mr. Delaney's reading is vivid and his slight brogue a pleasure to hear. The story itself is unique and exciting, although it does drag a bit in the aftermath (though the aftermath is very pertinent, it just couldn't be as exciting as action on the high seas during a hurricane.)

Not a riveting tale of survival.

This book held my interest, but it was not the book I thought it was when I purchased it. I was expecting an exciting story about a captain who nearly single handedly fought to keep his damaged ship afloat against terrible odds.
Instead the book was about a captain who didn't want to leave a sinking ship for his own reasons, which is really what the book is about. The captain just sort of hangs out, refusing to leave the ship while he waits for a salvage vessel to tow him back to port.
While there is no doubt that the man had guts, he really didn't seem to do much. His actions aren't understandable until more is explained at the end of the book.
This book is read by its author. This makes many of digressions into his own personal life more tolerable. Mr. Delaney is a good author, and manages to make this rather unexciting tale relatively interesting. I learned some things about the shipping business. In conclusion, I tepidly recommend this book as being listenable, but unless the reader is especially interested in the subject matter or the author, I would probably put this on a list for later.

Frank Delaney is a master storyteller; he knows precisely how to enchant his audience and keep them thinking "and what happens next?”.

Plus he has a pleasant and professional voice, no doubt in part from years of working for the BBC. He is a delight for the listener.

I sincerely hope Mr. Delaney records the rest of his works. That will keep him busy and keep me happy for a very long time.

I'd never heard of Flying Enterprise before seeing this book on Audible, but it was one of the biggest stories of the early 1950s, and one of the biggest sea stories ever. The courage and endurance of one man come across really clearly, and the author/narrator has a personal connection to the events and some of the people who were involved. Be sure to listen to the epilogue as well, because even after the man was long gone, his wife helped the family to whom she sold her house.

One of the best listens I have enjoyed in a long time. Delaney weaves an detailed account of the vessal and its captain. Meticulously researched and written. Listening to the author gives an added dimension to the suberb piece of work

Both Delaney's writing and storetelling rate a category 12 on the Beaufort Scale. I listened to it three times within a week of buying it. I am also seriously considering taking a freighter voyage in the very near future.

Another Great Listen from Frank Delaney

I listened to Mr. Delaney's book "Ireland" and throughly enjoyed it. I decided to listen to this book because of that previous listen and enjoyed this book also. I liked the view point of the events through Mr. Delaney as a boy and the effects it had on him and his family. He's a great story teller. Mr. Delaney's narration is the icing on the cake. I'm looking forward to his next work.

This is a wonderful book, wonderfully read. It helped me to understand courage in new ways, how what we do from moment to moment draws on our pasts, on the practical balance between fear and perseverance.
Delaney has the courage and the skill to link Captain Carlsen's performance of his duty with his own struggle to grow to manhood. That venture could have turned maudlin; it never does. This book rings true.
Delaney's reading is professional. A good journalist knows when to get out of the way and let the story tell itself, and that's what Delaney does.
Generally, when I read a book, there's a piece of me picking it apart, trying to think how I might have done it better. That didn't happen this time. I would like to be able to write a book like this. I would hope to meet adversity as Carlsen did.
I've ordered a print copy of "Simple Courage" so I can read it to my son, who also is learning the sea.

The book is good, but the narrator's accent troubled me. It took me nearly one hour to get used to it. On the contrary, the narration by Anthony Heald (Shattered Air) & Joe Barrett (Ten Hours Until Dawn) cause me no trouble at all. Finally, after I got accustomed to his narration , I started to enjoy this book.

a real sea captain in the 20th century

This is the story of a real sea captain in the 20th century and how he dealt with the misfortune of having his ship heavily damaged by a severe storm. The writing and narration is so effective, you can feel the seas as the story moves along.