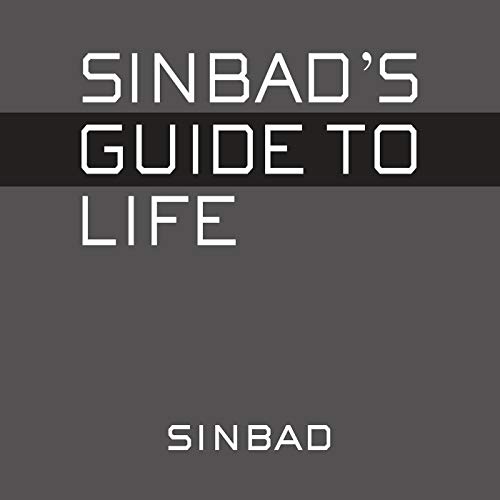 Because I Know Everything
Written by: Sinbad
Narrated by: Sinbad
Length: 2 hrs and 18 mins
Categories: Biographies & Memoirs, Celebrity Bios

A hilarious guide to life from a man who has "lived large and fallen hard - lost every job I ever had, messed up everybody I've ever dated, been kicked out of every institution I've ever been in" - and still survived; offering observations on courage ("Lots of guys brag they'd fight off anything to save their woman. Yeah, right - there is no sense in both of us dying"), discipline ("If you've got to get whupped, your father is the man. Mothers don't stop until you're bleeding to death"), money ("Before computers, checks were great... local ones took 14 days to clear"), men and women ("If there were no women in the world, men would be naked, driving trucks, living in dirt"), underwear ("Women, do not buy your men bikini underpants"), love ("If you can get a car with no money down, you can get a boyfriend or girlfriend"), marriage ("There is no compromise, you either go to the basketball game or you go to a movie you hate"), divorce ("there are no Betty Ford clinics for strung-out lovers. You have to go cold turkey"), dieting ("I would be hanging out at McDonald's, tapping on the window: 'Don't throw out those fries!'"), parenting ("When they caught Jeffrey Dahmer, his mom was protective: 'He always had a healthy appetite...'"), technology, and much more.

Sinbad tells his life story with his signature humor and lots of jokes. Family friendly with no swearing or explicit content.

Just what we all need!

Sinbad has always been larger than life yet as close as a brother. Thanks again for another brilliant performance my man!