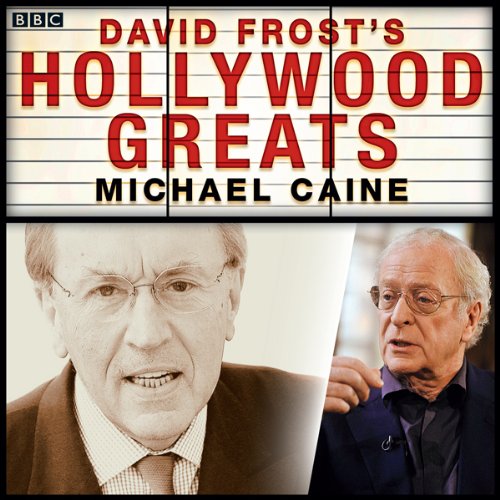 In this absorbing series, veteran broadcaster Sir David Frost talks to a selection of his favourite film stars. This career-defining interview sees him talking to Michael Caine, who starred in Alfie, The Ipcress File, The Italian Job, and most recently as Alfred in Christopher Nolan's Batman films. Caine speaks candidly about his life both on and off screen.

He recalls his first experiences with acting, recounting how he signed up for drama classes aged 14 - having spotted that they were full of pretty girls. Remembering his Hollywood years, he recalls the firm friendships he forged with the likes of John Wayne, Elizabeth Taylor, and Jack Nicholson, and explains why he missed picking up his Oscar for Best Supporting Actor for Hannah and her Sisters.

Caine also talks of his many acting roles as the romantic lead, and of his most enduring - and most important - romantic role: as husband to model and actress Shakira.