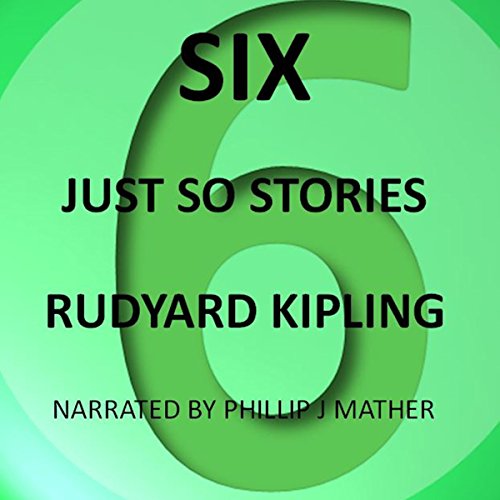 The "Just So Stories" began as bedtime stories told to "Effie" (Josephine, Kipling's firstborn). When the first three were published in a children's magazine, a year before her death, Kipling explained: "....in the evening, there were stories meant to put Effie to sleep, and you were not allowed to alter those by one single little word. They had to be told just so, or Effie would wake up and put back the missing sentence." (Wikipedia)

This production, inimitably narrated by Phillip J Mather, contains the first six stories of the Just So series: "How the Whale Got His Throat", "How the Camel Got His Hump", "How the Rhino Got His Skin", "How the Leopard Got His Spots", "The Elephant's Child", and "The Sing Song of Old Man Kangaroo".